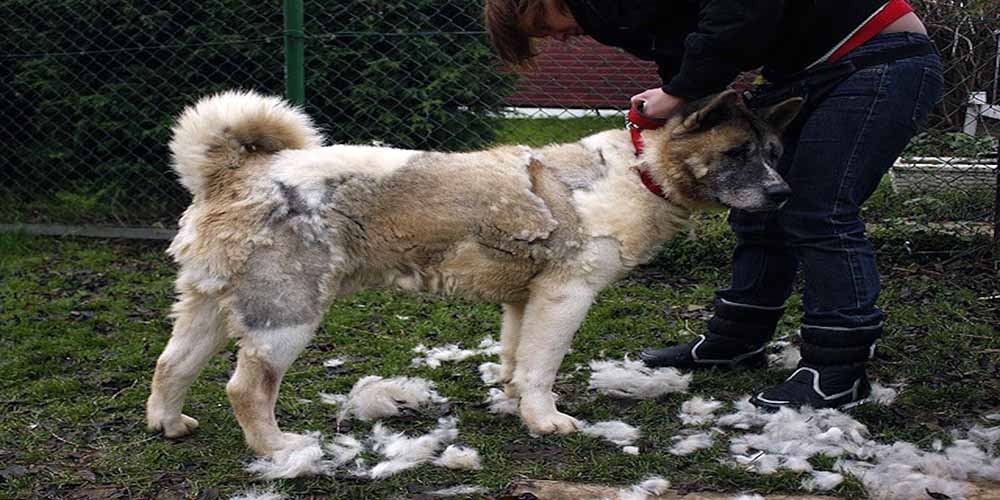 All dogs shed, and we love them anyway. It’s a simple fact of life that we have all become used to. However, some dogs shed a great deal; a lot more than other dogs. When potential owners are planning to get a furry companion, shedding is often a major concern.

Whether it’s too high maintenance for you or you’ve got some slight allergies, knowing which dog breeds are perpetual shedders is a significant part of your research when you’re searching for your next pet. 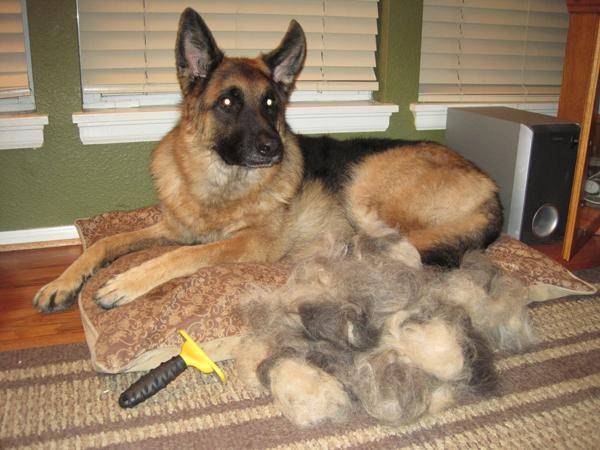 Surprising? Yes. The German Shepherd made the list. The world’s most popular dog breed, the German Shepherd is also an endless shedder as well. While they usually “blow” their thick coat twice yearly, their owners will still see a lot of shedding before and after the period. 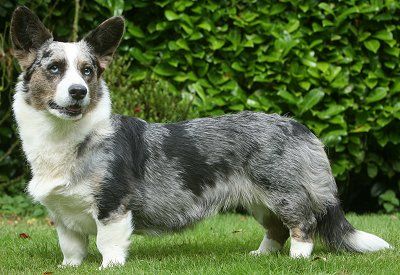 The Welsh Corgi with the tail takes the 9th spot as another top shedding mutt. Despite the small size, the Cardigans are double coated and shed year round. 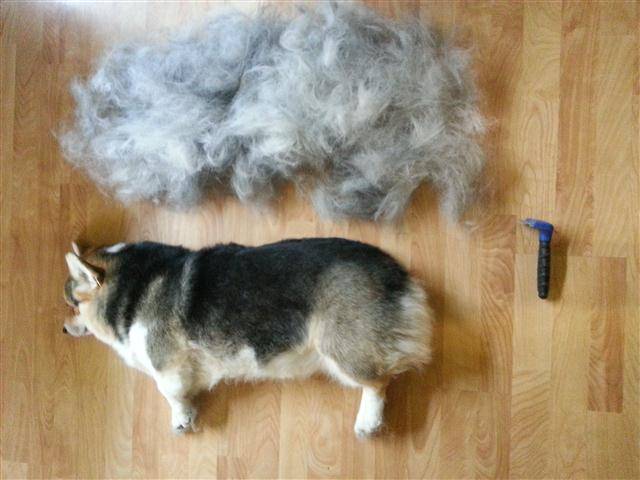 The Welsh Tailless Corgi is also a heavy shedder, like their tailed cousin. These mutts were originally drivers of cattle that require a thick coat which will keep them warm and clean during the rainy and cold weather. 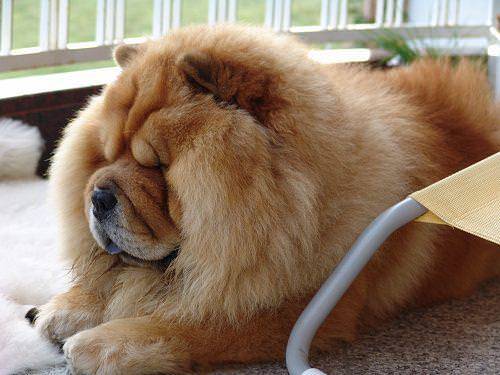 It’s no surprise that the Chow Chow sheds daily because they’ve got a lot of coat. The breed comes from northern China, and it was previously used as a security dog. They’re are groomed to look like a combination of a bear and lion. The furry pets are listed among the shedding dogs who love the companionship of humans. If you want to adopt a Chow Chow, you must be ready to brush them often. Otherwise, you wouldn’t be very pleased with their shedding. 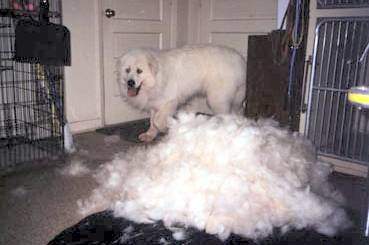 The large, good-looking dog originates from the France in the Pyrenees Mountains where they were being used as guardians of livestock. To shield them from the harsh weather, they developed long, thick furs. So handsome, and huggable, the Great Pyrenees are so friendly; they make friends with anyone they meet. 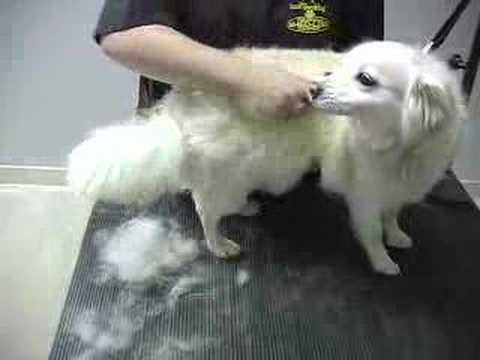 In spite of the name, the American Eskimo gets its roots from Northern Europe and it is also related to the breed called the German Spitz. These canines might be small, but they are continuous shedders.

They live to play, and this makes them wonderful companions for the active personalities. They also guard humans and houses well without being excessively aggressive. The creatures have a gorgeous coat, with a mane and plumed tail. The American Eskimos need to be brushed several times per week to prevent the fur from forming a new dog on your furniture. 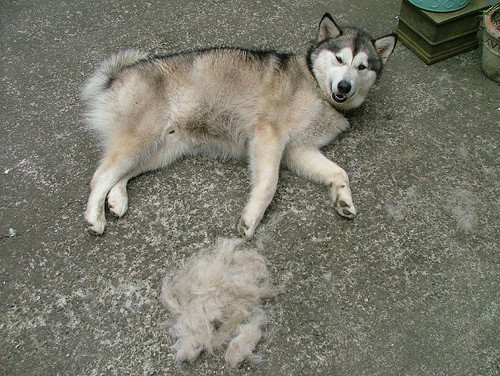 Another huge northern breed with heavy shedding is the Alaskan Malamute. It was originally raised to drag heavy loads across icy lands in Alaska. For them to remain warm during their trip, they have got a thick double coat, and it produces lots of shed hair.

The Malamute dogs are built for high endurance! They shed furballs everywhere they touch, especially during fall and spring. It is a difficult job to keep the Malamute in your yard as these pets are seriously interested in friendship and companionship. If they feel bored or neglected, they may escape through the yard by digging out holes or jumping over the fence. They are renowned escape experts, be careful with them. 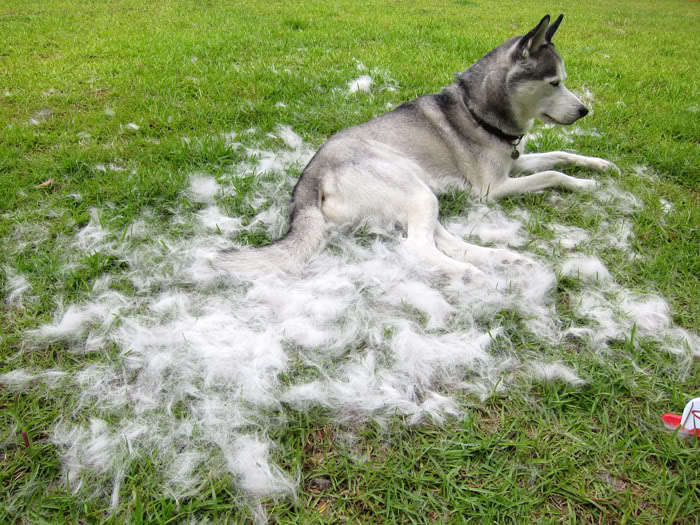 The adorable Siberian Husky is a very heavy shedder. This is no surprise since the creatures originate from Siberia. The dogs were trained to drag heavy items across the earth’s coldest place.

The thick double coat helps the Siberian Husky breed get ready for cold climates, so they can romp in the snow and not get cold, even when the temperature is extreme. They must be given regular brushings by their owners if they do not want to walk on fur-balls scattered around their homes. Although they shed all through the year, the shedding peaks occur during fall and spring. 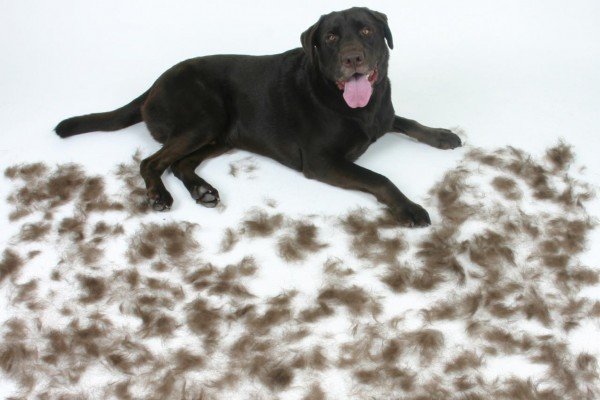 The Labrador retriever is America’s favorite dog, but it is also a shedder notwithstanding its short coat. The mutts are water retrievers, and so they have a thick coat that warms them and keeps them dry.  These dogs shed their heaviest in spring and fall, but, this doesn’t mean they don’t create a fur ball when they are in the living room during other seasons.

Since they are double-coated, they shed all through the year. They shed the most all through the periods that they change their undercoat. During such times, their fur will fly around the house. To curb this to an extent, consider brushing them once or twice in a week! 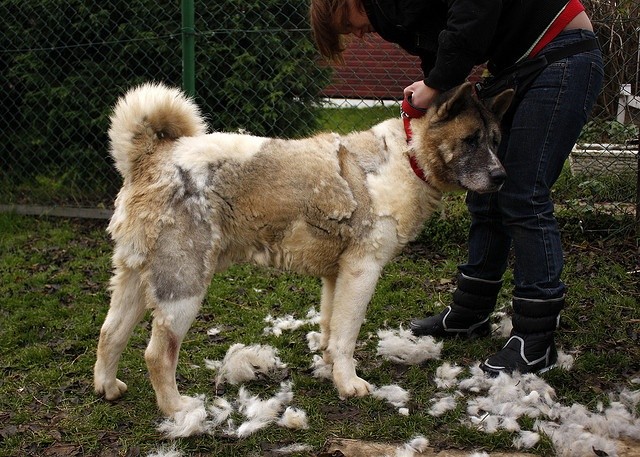 Top 10 Most Destructive Dogs to Own

The Akitas are large canines from Japan. Since the creatures come from mountainous regions, they have a thick coat to help keep them warm. Even though their coat is short, it has got a thick double layer that is always shedding.

Akitas were trained to hunt big creatures, such as bears, elk, and boar, and nowadays, they are found working as guard or police dogs, mostly within their origins. Recently, though, they gained worldwide recognition. They aren’t meant to live outside in the yard. Therefore, they should be allowed to stay inside and live with the family to be happy. Because the Akitas are double-coated, keeping them inside comes with a good deal of regular grooming and brushing. 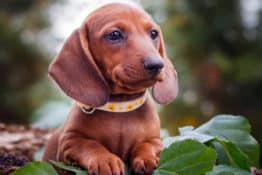 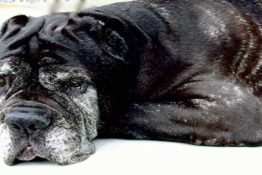