It’s an unusual pet friendship that will leave your heart bursting with awe. We’ve all seen the heartwarming stories of lonely stray dogs and their oddly matched best friends. Well, this pup and his unicorn are no exception to the rule. They may just steal your heart like Sisu tried to steal his new best friend.

Sisu, as he was endearingly named at the shelter, may just be more insistent than a crying toddler in the toy aisle. Before being rescued by animal control officer Samantha Lane, the lab mix happily made his way to the Dollar General in Kenansville, NC.

Once there, he took himself on a self-guided tour around the store. It didn’t take long before Sisu found himself heading straight for the toy aisle. The aisle just so happened to have what would become Sisu’s newest fascination and instant best friend – a stuffed, purple unicorn.

As everyone knows, dogs really shouldn’t be shopping at Dollar General, even if they love the toys being sold. With this in mind, the staff did what they could to keep Sisu out of the store. However, this proved harder than intended as each time a customer exited, he would once again beeline for the unicorn. Eventually, the staff chose to lock the doors and call animal control to help figure things out.

“It was so strange, one of the strangest calls I’ve ever dealt with,” says Joe Newburn, a supervisor at Duplin County Animal Services.

“He went straight for the unicorn, the same one every time,” Newburn added.

Luck was on Sisu’s side that day when animal control officer Samantha Lane arrived. After seeing his devotion to the stuffed animal, Lane paid for the $10 toy, and Sisu was happy to leave with her and his newest prized possession. 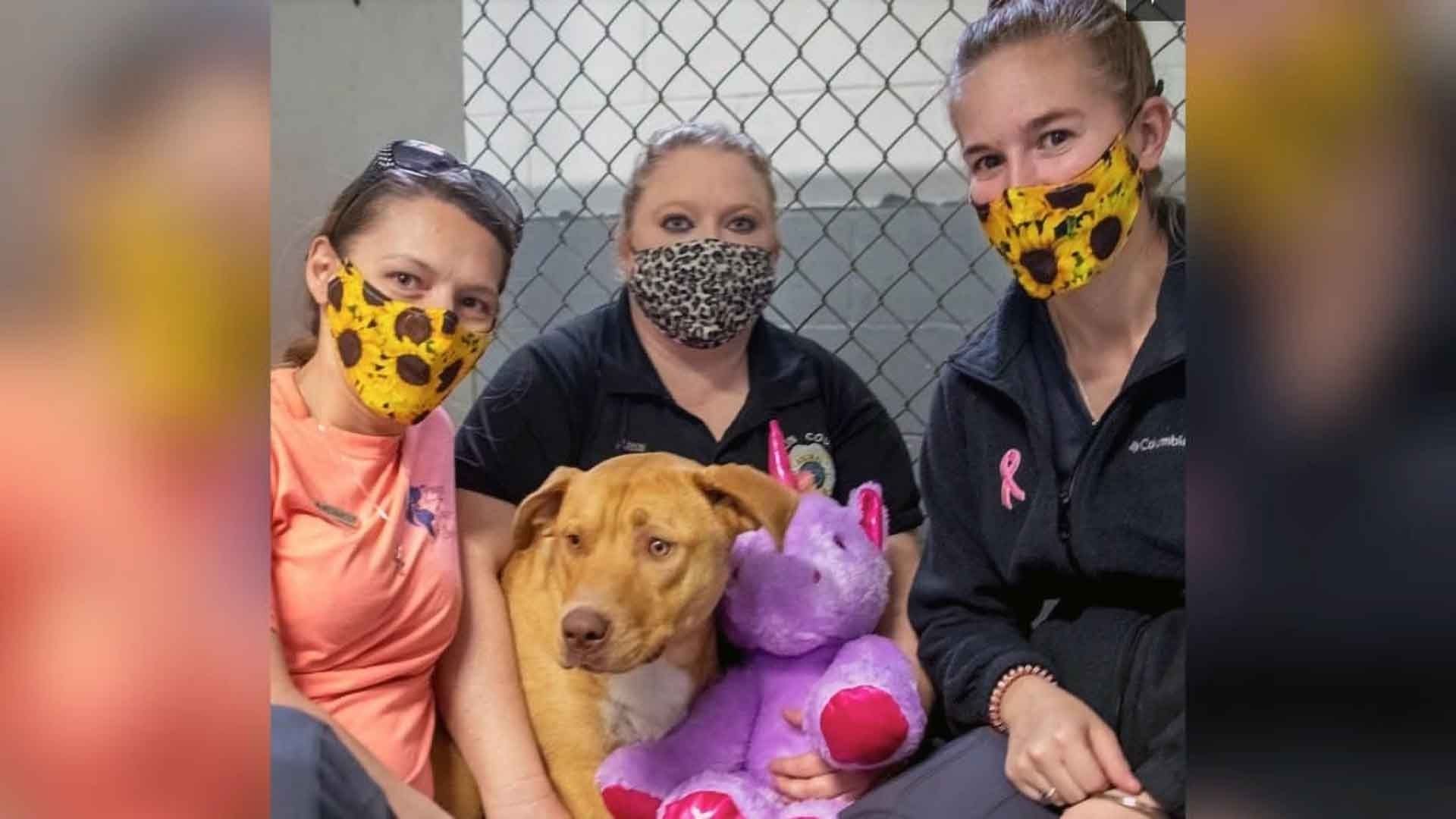 Since Sisu was considered to be a stray, he was placed up for adoption after no one came forward to claim the pair. After posting on their Facebook page about the dynamic duo, the shelter received countless calls inquiring about potentially adopting them. The good boy and his best unicorn ended up finding their forever home and will be settling in soon.

In light of that wonderful news, Sisu may just be getting something even more exciting than his new home. Dollar General spokesperson Crystal Luce has mentioned that Dollar General plans to send a “few extra purple unicorns for the adoptive family”.

“We are glad to see Sisu is happy with his new toy!” Luce added. What would you do if you were working at the store? Share your thoughts in the comments!

If you enjoyed this animal story, below are more stories you may like!