Meet Obie: The Biggest Dachshund In The World
FREE SHIPPING OVER $40 - NO COUPON REQUIRED! 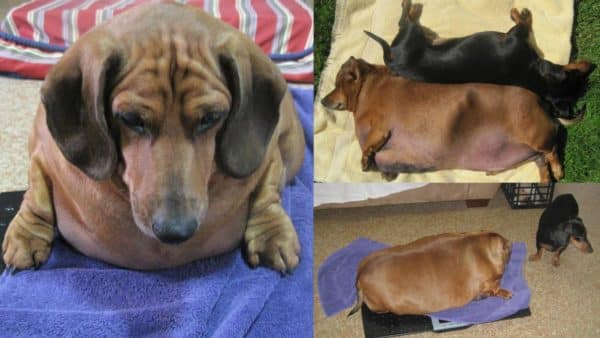 Obie is the biggest Dachshund you’ll ever see! An average adult male Dachshund weighs between 16 and 32 pounds depending on the individual dog. He was over 70 pounds, more than twice the weight of a normal hotdog. In 2013, Obie weighed in at 77 pounds!

It was never a lack of love, but perhaps a little too much love that caused his weight issues.

Due to his original owners being elderly and wanting to spoil Obie, they showered him with treats to the point of extreme obesity. Lucky for Obie, Nora Vanatta from Portland, OR., heard his story and wanted to help. 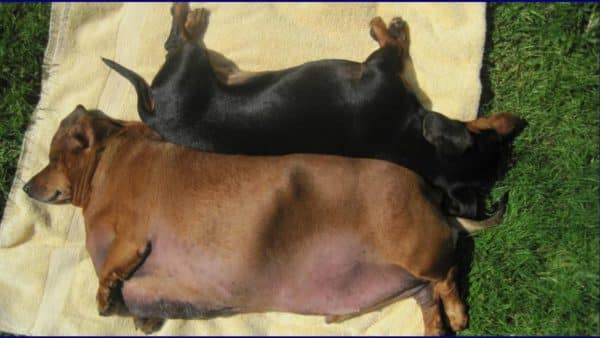 A Second Chance At Healthy Wagging

Nora Vanatta has studied animal science at Colorado State University, as well as nutrition and animal behavior. When she heard about Obie, Nora felt compelled to help the unfortunate hotdog.

However, when Nora initially involved herself, she had been expecting an obese Basset Hound. She could not believe what she saw when meeting Obie, a Dachshund! Surprised but not undeterred, Nora was up for the challenge.

The nutritionist felt it was necessary to spread the word. She documented Obie’s journey on the Biggest Loser, Doxie Edition Facebook page. They started by putting him on a special diet to begin shedding his excess weight. Since his stomach hung so low, they put powder on it due to the constant rubbing.

Once Obie settled into a new diet, they were able to begin an exercise routine with him. His different activities included swim therapy and treadmill work designed for dogs. Incredibly, in just eight months, he lost 44 pounds, essentially the weight of a full-grown Dachshund. He was a true inspiration! 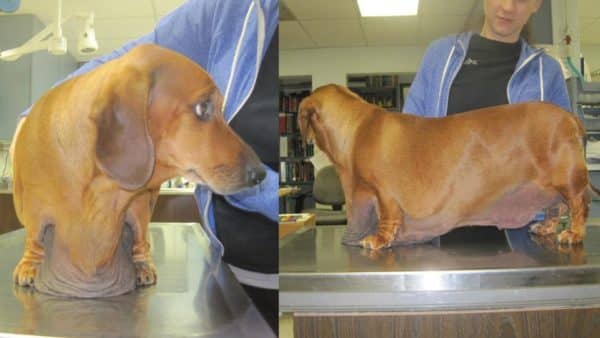 After losing over half of his body weight, Obie was a new dog. That said, due to his extreme weight loss, he had excess skin. Though this was preferable to the weight Obie had been carrying, it was still not ideal.

The folds in the skin and the constant rubbing meant that he was still at risk of infection. He required multiple baths each week, to prevent infections from occurring, and Nora used medicated dog shampoo to treat any existing wounds.

Surgery was finally scheduled at Oregon Expert Vets to remove his excess skin. This would complete his weight loss journey. Dr. Alon Kramer performed Obie’s surgery and was able to remove a total of 2.5 pounds of excess skin. 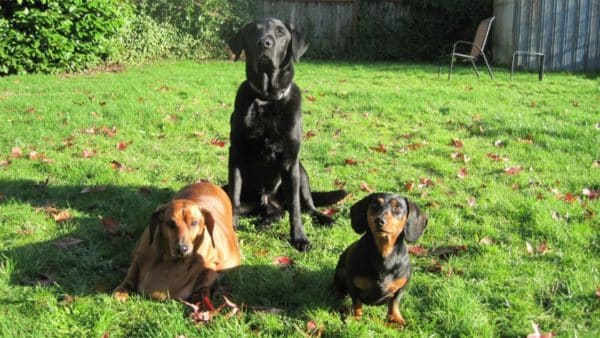 After his procedure, Obie spent time resting at the Emergency Veterinary Clinic of Tualatin before heading back home. His healing went off without a hitch, and he was back to his playful self. He took daily walks to maintain his new physique and played with his new friend Noggin to keep active.

Nowadays, you can still find updates about Obie on his Facebook fan page. As you can see from the photos and video below, he is happy, healthy, and living his most pawesome life! For more amazing animal stories, visit our daily blog! 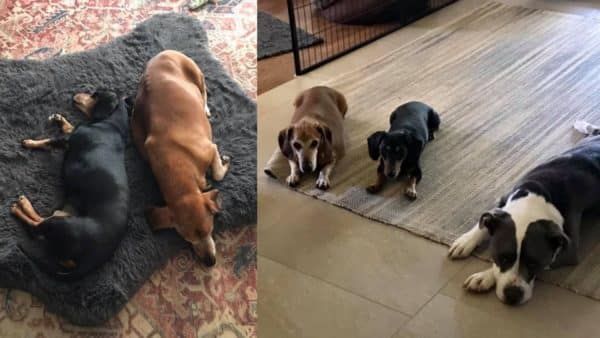