Dachshund Pregnancy: Anything I Should Know? 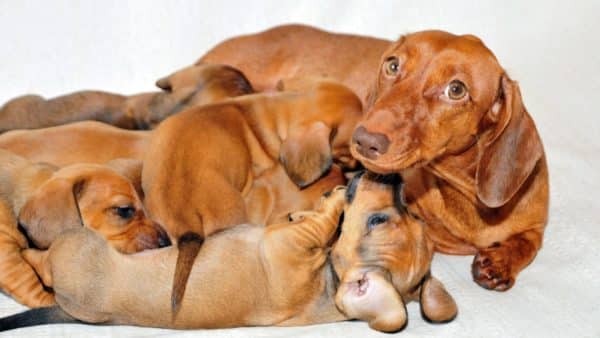 Breeding your Dachshund Is A Serious Decision

Pregnancy changes not just the life of your doxie, but also your life. Whether you plan to breed your wiener dog or your dog is already pregnant, here are some important facts about Dachshund pregnancies.

When Should I Let My Dachshund Get Pregnant?

On average, sexual maturity occurs in female dogs around six months of age. However, smaller dogs, like Dachshunds, tend to undergo a “heat” cycle earlier than other dogs.  Interestingly, they also have more heat cycles than large dogs. For bigger dogs, it’s once every six months or twice a year. On the other hand, smaller dogs can have as many as four cycles per year.

Most experts would advise avoiding Dachshund pregnancies on the first cycle. This causes an increased risk for certain health issues.  Generally speaking,  your Dachshund can get pregnant after her first birthday. 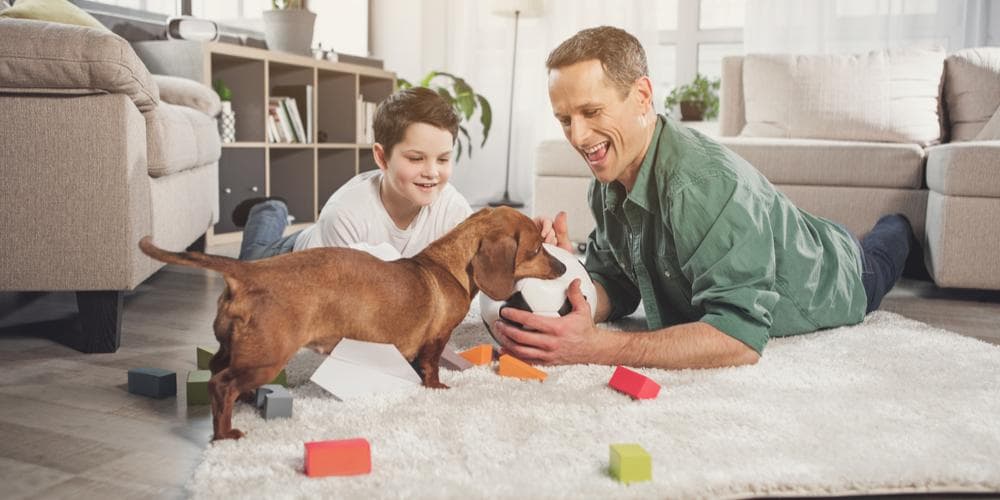 What Are The Signs of Pregnancy?

As early as a few days after mating,  your doxie may show signs of pregnancy. The most obvious sign would be enlarged nipples. Her appetite may also increase. Just like humans, she may even experience morning sickness.

Despite the fact that she may be showing signs of pregnancy, go to the vet for a checkup. They’ll run several tests and put her through the procedures needed to confirm pregnancy or false pregnancy. These tests include checking hormone levels, taking blood samples, performing palpation, ultrasound, and X-rays.

What Happens During the Pregnancy Period?

At approximately a month into the Dachshund pregnancy journey, she will start having vaginal discharge. In one and a half months, she will start eating as much as she can. Typically, a Wiener dog will eat  50% more food. Not only that, but her tummy will start growing bigger and rounder.

The pregnancy period for dogs is between 58-68 days. In the final weeks of pregnancy, your doxie will have rapid weight gain accompanied by a bulging belly. Needless to say,  your dog becomes less active.

Dachshunds can have up to four litters each year. In some rarer cases, they may produce up to six puppies in each litter. 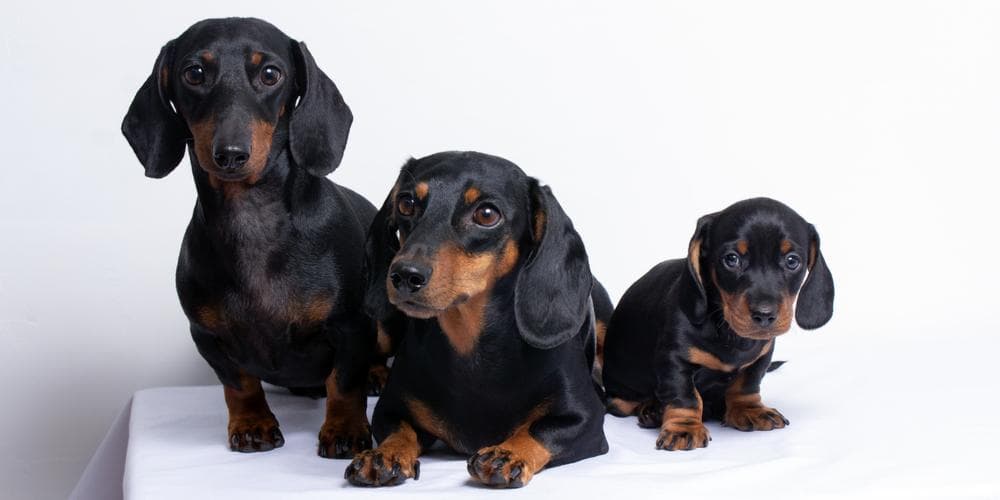 What Happens During Labor?

On the final weeks of your doxie’s pregnancy, it is advisable that you have her checked at least once a week by your vet. From there, you get an idea of when your doxie will most likely deliver her puppies.

According to some breeders, dogs who are about to enter labor would usually lose appetite 24 hours prior to giving birth. Not only that but there’s a sudden decrease in your dog’s body temperature.

Your doxie will experience some contractions and would repeatedly lick her vulva. There would then be a gray water sac that will emerge from the vulva, which your dog may bite to break her water.

Once her water breaks, expect the first puppy to be delivered within an hour. Usually, it is giving birth to the first puppy that’s the most difficult. Thus, be sure to update your vet at least every 15 minutes on your dog’s progress.

Make sure her vaccinations, including Canine distemper, rabies, hepatitis, and parvo shots, are updated. Not having these will put her at certain health risks during pregnancy. Once your pooch is pregnant, she will not be able to get these vaccinations.

Additionally, there are other medications a pregnant dog needs to avoid.  If ever you need to use parasite control and deworming medication, consult with your vet.

A raw diet is also not recommended for both pregnant and lactating dogs. Instead, you would need to provide high-quality dog food that includes essential vitamins and nutrients. Supplements are also discouraged unless specifically advised by the vet. 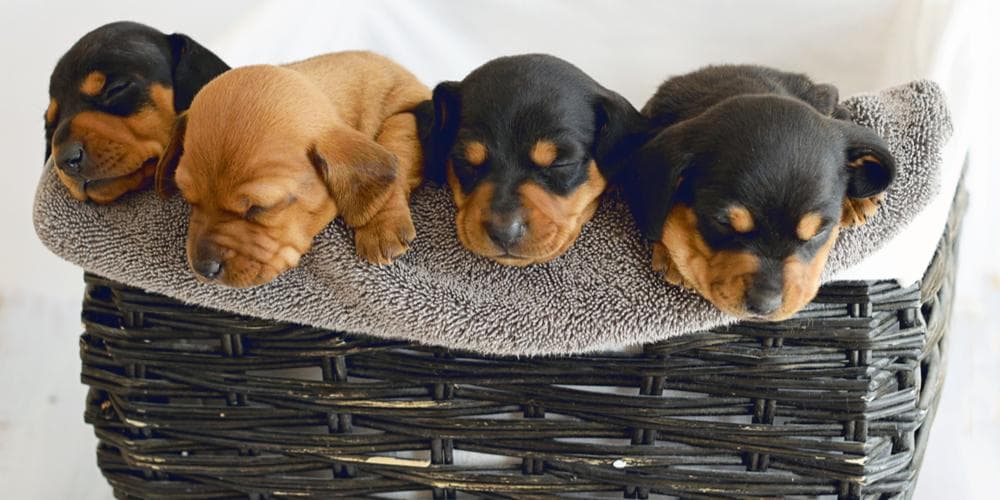 Taking Care of Your Dachshund’s Pregnancy

As always, speak to your vet to learn more. Read about the topic and do your independent research. The more details and information you have, the better it is for you to take care of your doxie.