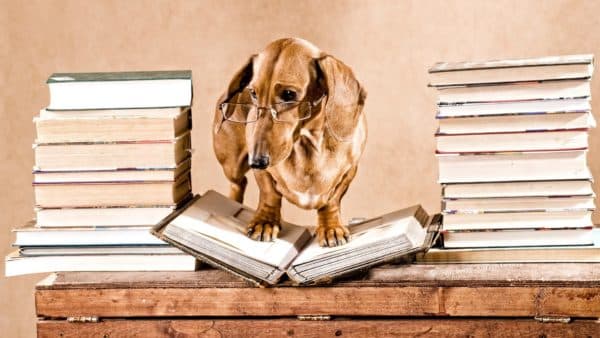 Yes, you’re going to learn how to pronounce the word ‘Dachshund’ today.  One of the cutest breeds of dogs in the world also has one of the most interesting names!

You probably have seen a dachshund and have not really thought of its proper pronunciation. Perhaps, you are happy to simply call them wiener dogs or doxies. But wouldn’t it be nice to know how to correctly pronounce their real breed name too?

Well, if you want to know how to pronounce the word ‘dachshund,’ then stick around. In this blog, we’ll also learn about the origin of the dachshund breed. What you will discover might surprise you! Are you ready? Let’s begin! 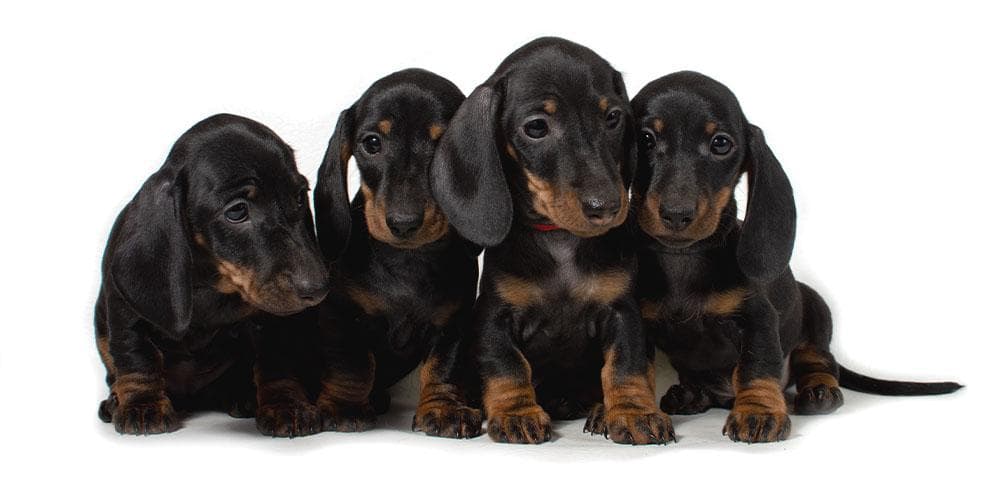 Wiener-Dog? Sausage Dog? Dachshund? What Are They Called?!

Here’s the quick answer: Dahks-hund (phonetically: DAKS-ind). Now, if you want a little more explanation, Dachshund isn’t actually an English word. Its origin is in the German language. So if you want to know its proper pronunciation, you need to take into consideration how it is pronounced in German.

In the German language, the letters “chs” is pronounced as an x in English. This is especially true in the case when you are pronouncing one German word. On the other hand, the “un” in dachshund is pronounced like the ‘oon’ the english word ‘moon.’ 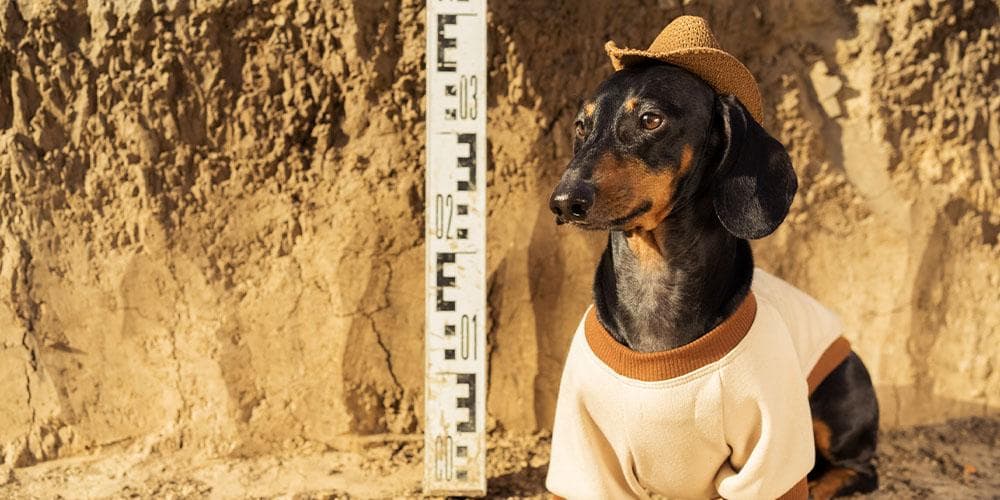 Since dachshund is a German word, then it should already give us a clue where this breed originated. Yes, you got it! They originated in Germany. Dachshund is a special breed of dog in Germany. Though dachshunds have first appeared in the 15th century, it was only in the 17th century that the breed started to flourish.

From Germany, Dachshunds eventually reached other parts of the world, including the United States. It was in 1885 when the cuteness of Dachshunds invaded the land of the free. In the same year, the American Kennel Club (AKC) recognized the Dachshund breed. While Dachshunds are naturally playful and lovable, it was only in the 1930s and 1940s that they became popular in America.

Today, Dachshunds remain one of the most in-demand breeds in the US. 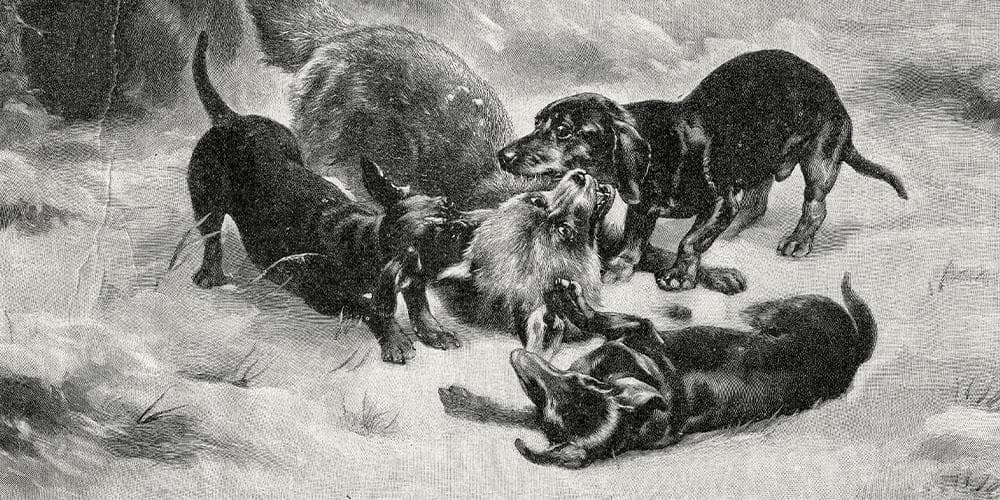 Here’s something that might be surprising to some Dachshund lovers out there: Dachshunds were actually bred as hunting dogs! If you study the word ‘Dachshund,”‘ you will discover that it is made up of two words: Dachs, which refers to badger, and hund, which means dog. So basically, Dachshund means badger dog!

In fact, during World War II, Dachshunds were called “badger dogs” temporarily to prevent this breed from being ostracized. As hunting dogs, they are commonly used in the past to search and chase down badgers and even rabbits.

Since their body is small and slender enough to go in badger and rabbit holes, they are effective tools for hunting. Dachshunds are anatomically perfect for the job. They have short legs and loose skin for better digging and entering tunnels.

Their big chests, determination, and independence are perfect combinations for fighting badgers. Their even playful flap-down ears keep dirt and soil out when burrowing. That’s something you might want to keep in mind while you stare at your lovable, cute, and easy-go-lucky Dachshund.

Another thing you want to keep in mind is that their unique size and elongated spine make them the dog breed most susceptible to IVDD. A devastating spinal health condition that often leaves the doxies in severe pain. That’s why we recommend getting a dog ramp for your Dachshund to help prevent this issue.

Additionally, there is a right way, and a wrong way to pick up your doxies, so beware of how to do it properly. 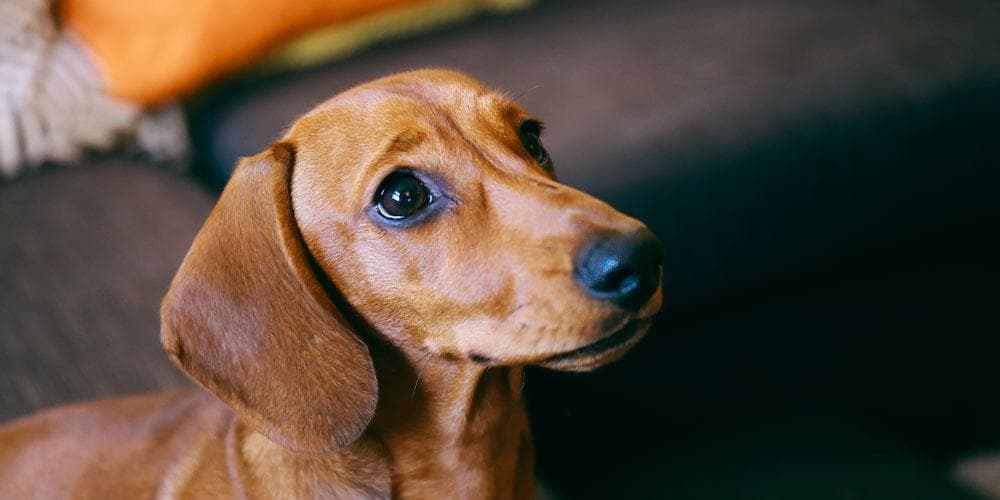 Now that you know the proper pronunciation of Dachshund and where they originated, you can now better claim to be a full-blooded Dachshund lover! Thankfully, society has come up with many more endearing names for this unique breed over time. What do YOU call Dachshunds?? Comment Below!