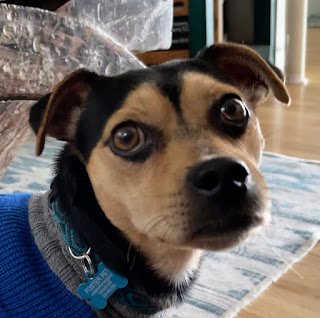 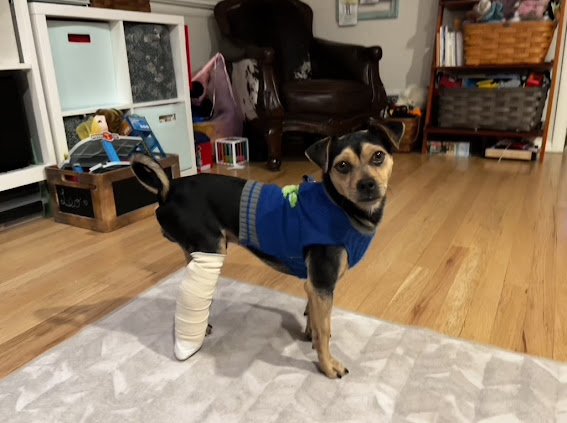 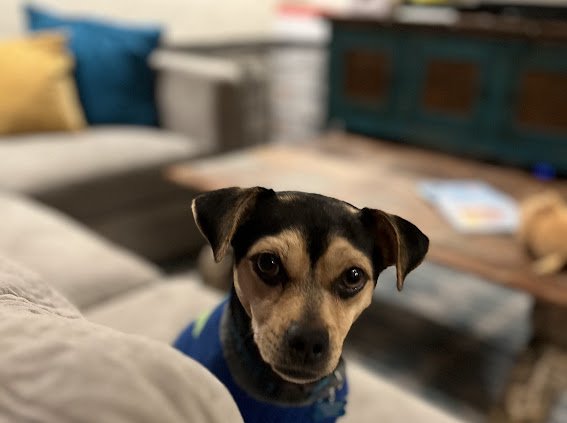 Think you found your perfect match?

CO Corgis and Friends is a 501 c3 dog Rescue (specializing in Corgis and other lowrider breeds) that was formed in late 2019 by a group of Corgi loving people who not only love and understand the Corgi breed, but love all other dogs as well. The founding members have over 100+ years of experience owning Corgis and 50+ years in Rescue. It is our pleasure to help homeless dogs in need, help struggling owners rehome their pets, and offer advice on training issues typical of this herding breed. Please feel free to contact us to see if we can help!CCFR acquired our 501c3 in January 2020CCFR is PACFA certified as of January 17, 2020

Good in Home With

Maxie is an approx. 1 y/o, 15# tripawd who is searching for his home for the holidays! His interests include wearing ugly Christmas sweaters, snuggling with his foster family, and napping by the warmth of a fire. In September, this sweet stray was brought in by a good Samaritan after they noticed he had an injured foot. X-rays revealed he had sustained a gunshot and had several broken bones below his right ankle. A TX clinic treated Maxie by placing a splint and then a cast to provide him some support, but he made it clear that he didn’t have any use for them by willingly removing the bandages against his veterinarian’s recommendations. After his move to Colorado, it became apparent the limb could not be saved and he underwent a complete amputation on 11/29/22. As it turns out, that fourth limb was just slowing him down because he’s able to get around faster than ever without it! Maxie steals the hearts of everyone he meets! Maxie loves kids and smaller other dogs (he stays away from his very large foster brother). He needs to be slowly and properly introduced to cats. He will growl at them if they come near him, but he doesn't chase them. He’s crate trained, potty trained, neutered, UTD on vaccines, HW-, and chipped. Maxie would do best with another small dog with the same energy level in his new home. Due to his disability, he should not be left outside alone at all as he will have difficulty getting away from predators, so his time outdoors must be supervised. Maxie loves to go for walks and walks well on a leash with a harness. Since he is still recovering from his surgery, he should be crated whenever you leave the house. If you’re interested in meeting Maxie and giving him his forever home, you can complete our application at https://www.corgisandfriends.com/forms as the first step. We require a completed application, home and reference check, and meet-and-greet with everyone in the home before adoption. Maxie’s adoption fee is $375 and we are not doing any out-of-state adoptions.

Adoption Process
Meet and greet application, personal and vet reference check (we require all current and previous pets be altered and utd on fire vaccs unless vet note), home/yard/fence check and meet with all member in home including both two and four legged. If determined to be a good fit, adoption contract and payment. We require dogs must be returned to our rescue if adopter can no longer care for the dog.

Look for other dogs for adoption!


Helping You Be the Best Pet Parent You Can Be

Check out our blog!