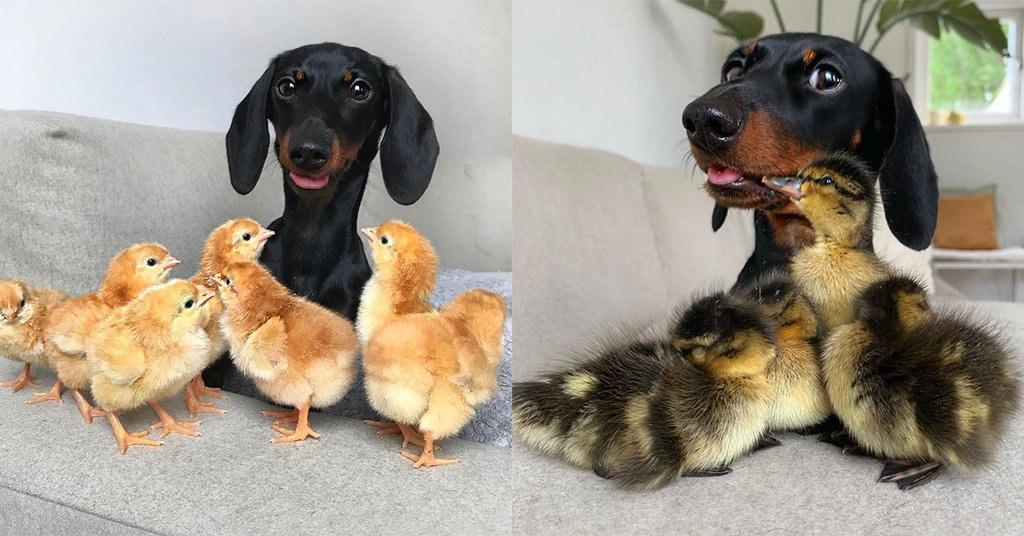 What Makes Her Account Stand Out From the Crowd?

Loulou is adorable. Plain and simple. Her big eyes and beautiful black and brown coat could catch someone’s attention from a mile away. In addition to her good looks, she consistently puts out high-quality photos and videos of her animal friends!

These aren’t animals you see on a daily basis. These animals range from ducklings to hedgehogs! Here are some adorable highlights from her Instagram feed that are sure to make your day. #3 is incredibly rare!

Is there anything cuter than a Dachshund and a bunny sharing a carrot? Probably not.

Random Bunny Fact: Hares are born with their eyes open, hair covering their bodies, and they can run within a few minutes of birth (much like a Guinea pig!).  Rabbits, on the other hand, are born blind, naked, and remain in a fur-lined nest for the first days of their lives. 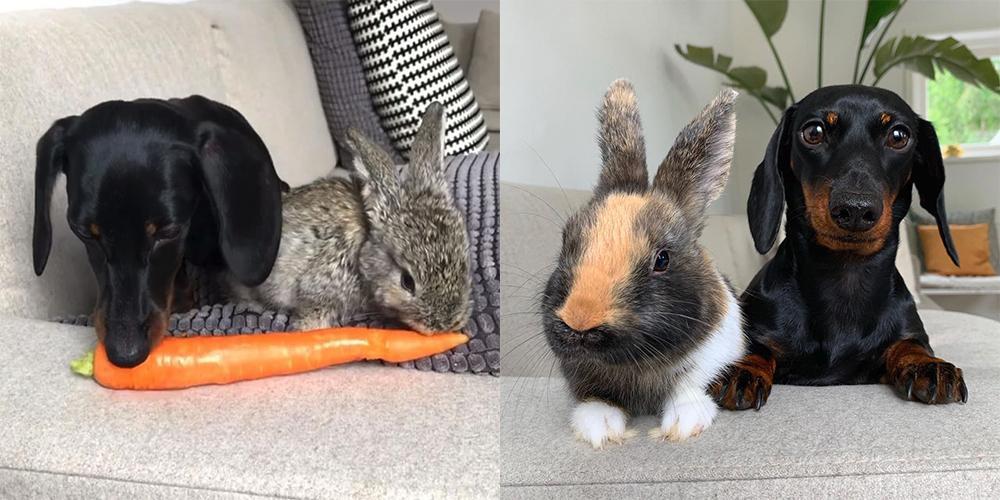 From the looks of it, it seems like this Dachshund and her chickens have a love/hate relationship, ha!

Random Chicken Fact: The chicken is a type of domesticated fowl, a subspecies of the red Jungle-fowl. It is one of the most common and widespread domestic animals, with a total population of more than 19 billion as of 2011. There are more chickens in the world than any other bird or domesticated fowl. 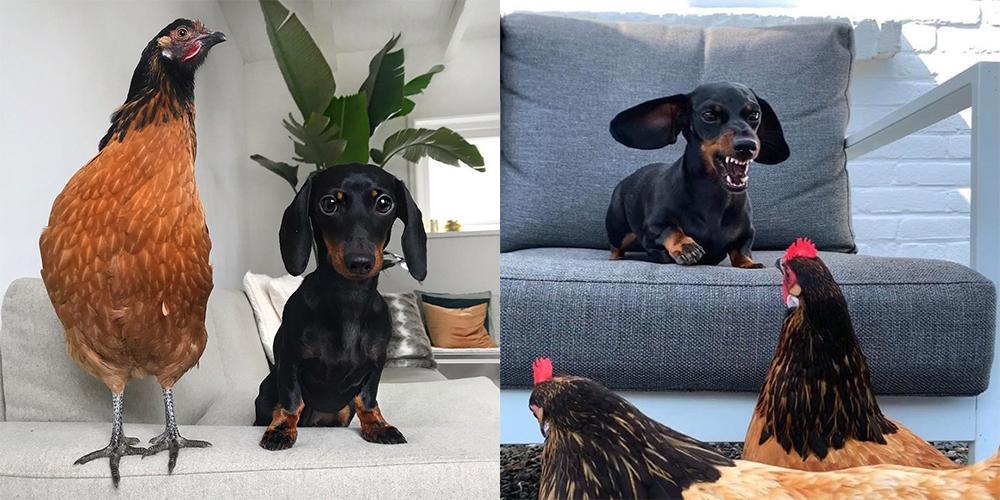 #3. This Sugar Glider is Gliding Into Our Hearts

This sugar glider is the perfect mix between a chipmunk and a flying squirrel, and we are obsessed!

Random Sugar Glider Fact: The common name refers to its preference for sugary foods like sap and nectar and its ability to glide through the air, much like a flying squirrel. 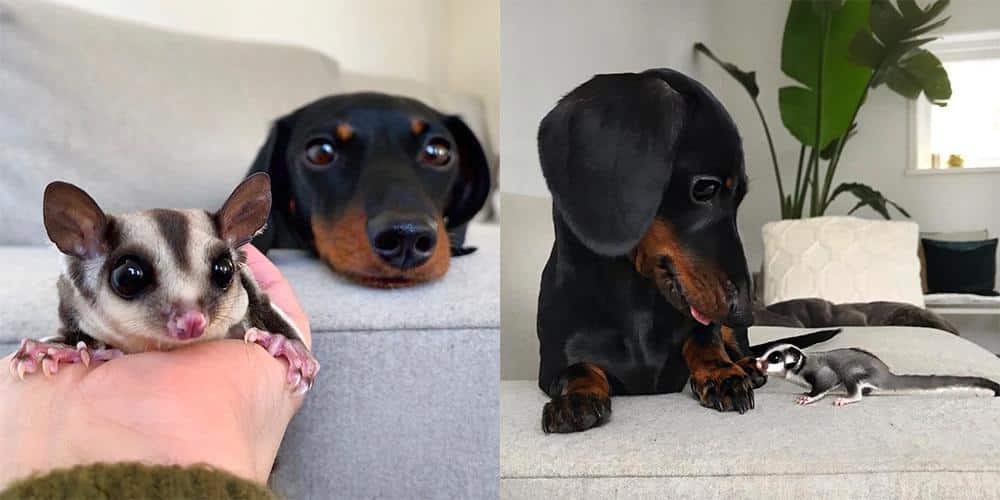 Chicks love Dachshunds, and apparently, so do ducklings! This is quacking adorable.

Random Duck Fact: A male duck is called a drake, a female duck a hen, and a baby duck a duckling. 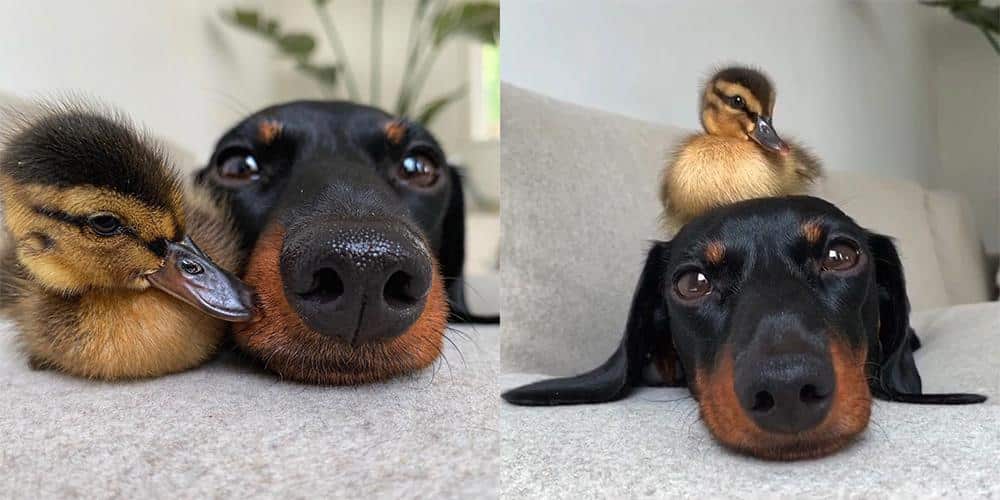 By the look on LouLou’s face, it seems like her hedgehog friend’s spikes are making her a wee bit uneasy, but she loves her nonetheless!

Random Hedgehog Fact: A hedgehog is any of the spiny mammals of the subfamily Erinaceinae, in the eulipotyplan family Erinaceidae. There are seventeen species of hedgehog in five genera found through parts of Europe, Asia, and Africa, and in New Zealand by introduction.

We Hope These Pictures Made You Smile!

If you ever need to turn a frown upside-down, checking out the Dachshund Community on Instagram is a great idea, because you’ll come across accounts like @loulouminidachshund which is a sure-fire way to put a smile on your face.  Do you have other favorite Dachshund accounts we should feature? Let us know in the comments below!