Man Fights Off Black Bear That Was Chasing His Dachshunds

On Wednesday, a Daytona homeowner rushed to defend his Dachshunds from the neighbor’s dog, or so he thought.

However, it was anything but a dog. A bear had jumped on the porch and was inches away from grabbing his weiner dogs when he saw it. Without hesitating, Walter Hickox sprinted into action. When he realized that it was a bear and not a dog, all hell broke loose. 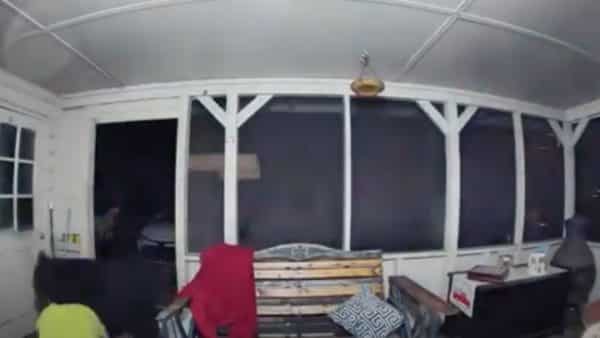 A Black Bear In Search of Food

As you can see in the video, he pushes the bear out of the house, but not without injuring himself. The bear lashes out and turns his attention on Hickox instead. In the background are his three Dachshunds, Pepper and Pickles (both 12), and five-year-old Piper. They’re frantic, just like he is. You can also hear him calling for his partner Kerry Rubino Hickox.

The couple posted photos of these injuries and updated everyone that he would be getting a rabies shot. Thankfully, none of their dogs were injured.

Even though The Florida Fish and Wildlife Conservation Commission stated that bear attacks were “extremely rare,” with only 15 incidents happening in the last 50 years, for Daytona Beach residents including the Hickox family, that was still unnerving.

Prior to Hickox’s incident, another woman was attacked by a bear. Sadly for her, she ended up in the hospital and the bear was deemed a threat to humans and humanely killed. The bear that attacked Hickox will have the same fate when it’s caught.

What would you do if you saw a bear chasing your Dachshunds? Would you do what Hickox did? Share your thoughts in the comments.