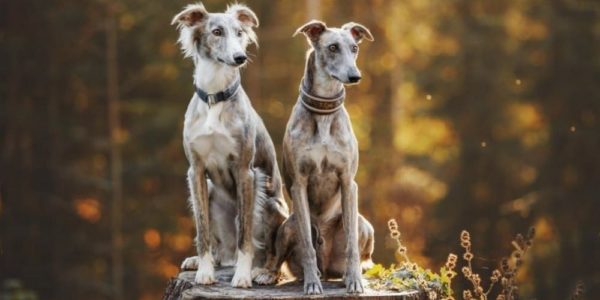 Perhaps, you love to run and you want a dog who can be your running buddy? Or maybe, you simply just want a dog that is good at running. So, which dog breed should you choose? Thankfully, if you are looking for the fastest dog breed, it’s not that hard to look for.

If you’re looking for the fastest dog, then you should check out Greyhounds. The lovable dog breed is extremely fast, and there’s a reason for that. They were bred to be run as fast as they can for several reasons. 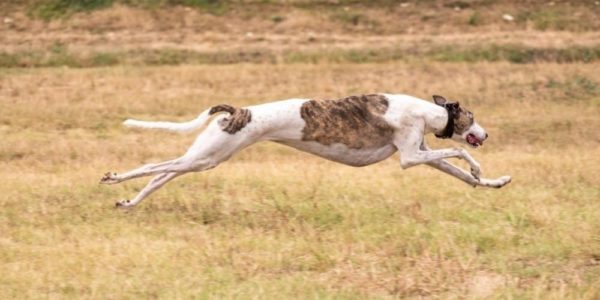 Greyhounds were bred to be hunting dogs (much like Dachshunds were bred to hunt badgers) and went after foxes, hare, and even deers. It was in the Middle East and North Africa that Greyhounds first appeared. Because of their unique and fierce appearance, Greyhounds can be seen in Roman, Greek, and Egyptian literature and art.

And do you know that Greyhounds are the only dog breed mentioned in the Bible? During the Dark Ages, Greyhounds found their way to Europe. Their popularity grew especially in England where coursing, a sport of chasing prey, and racing are also widespread. 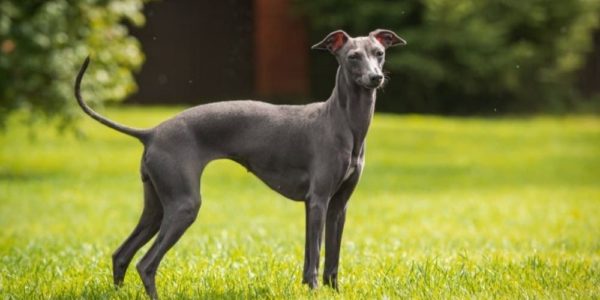 Now, let’s take a look at the mind-blowing speed of Greyhounds. On average, they can run between 35-40 miles per hour. However, during races, Greyhounds are seen to run as fast as 45 miles per hour! No doubt; if there’s a Ferrari in the dog’s kingdom, it would be the Greyhounds. 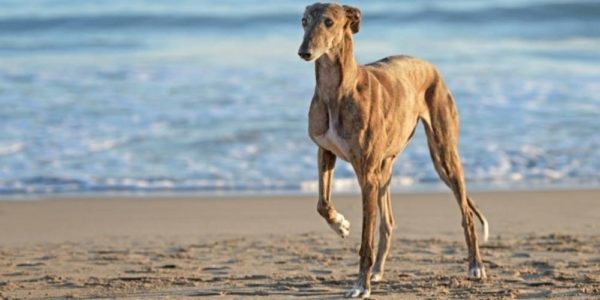 Greyhounds are known to be the fastest dog, but you might wonder, why? What makes them run that fast? Well, the answer predominantly lies in its anatomical makeup. To give you a quick overview, they have a light body.

They usually weigh between 50 to 85 pounds. Their body is not just light, but they are aerodynamically shaped. Their head is generally more pointed and attached to their neck at a right angle. When combined with their slender body, it makes it easier for them to cut through the air.

Another key to their speed is their specialized paws that allow them to pound against a bigger ground area, which serves as a launching pad for each pace. Their long and slender legs allow them to cover a longer distance. 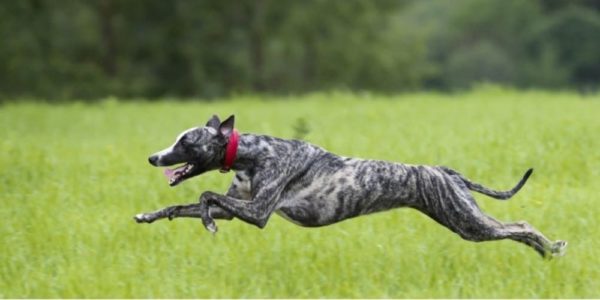 After reading this blog, you could now better see why Greyhounds are super impressive. If you are thinking of getting a Greyhound, take some more time to read about them — not just about their speed, but also their temperament, personality, and other breed details.