Why Dachshunds Are More Popular Than Ever

Sausage Dogs Are The Coolest!

Dachshunds are more popular than ever before and there are several reasons why! From their adorable appearance to their curious nature to their strong personalities, these lovable (and loud) Wiener dogs are in high demand. 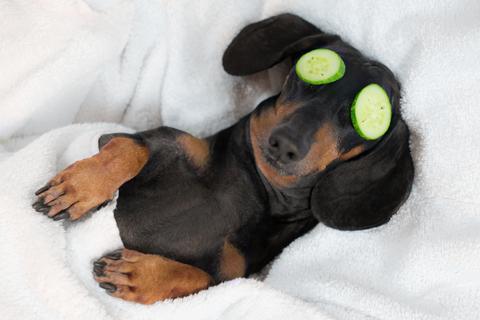 In 2017, the United Kingdom saw a surge in Wiener dog adoptions. As many as 9,000 of the pups were registered with the Official Kennel Club, which some think was due to a talking black and tan dachshund that appeared in ads for Vitality. Since then, their popularity has not slowed down.

Another, more practical reason that sausage dogs are seeing a rise in popularity has to do with a lack of space. Many people are downsizing and living in smaller dwellings and Dachshunds are great for tiny places. A big bonus is that they can easily be held while out and about in the city, from cafes and shops to public transportation. 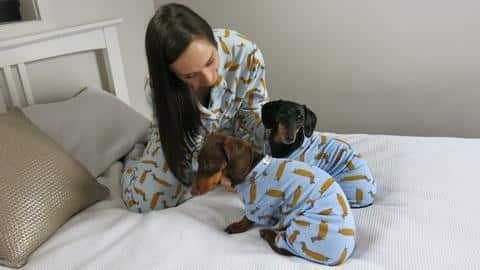 Alongside the housing trend,  many childless couples have pets, and apparently, they prefer to dote on a smaller fur buddy. In fact, actual studies have shown that declining birth rates and delayed parenthood are some of the reasons why small dogs are more popular now in the United States.

Celebs are also showing off their favorite Dachshunds, which can lead to more fans looking into them as potential pets. For example, Adele, Christian Slater, Clint Eastwood, Ashley Olsen, David Hasselhoff and Brett Michaels are all dachshund owners!

Another place where people can find adorable doxies and start developing a little envy? Social media! Now more than ever, it’s easy to find lovable dogs to follow endlessly on Instagram and Twitter, and the same holds true for sausage dogs. When it’s so easy to see other people loving their dachshunds, it’s no wonder more people are jumping on the sausage dog train.

Unfortunately, sometimes the popularity of a certain dog breed can cause issues, as puppy mills begin churning out the breed, with their dangerous living conditions and poor care. Additionally, some pet owners may adopt a dachshund to be trendy and end up abandoning the dog if they’re unable to properly care for it. As always, we only promote the responsible and loving care of all dogs — so, even if you really want one, if you know you can’t truly give one of these little guys the attention and care they deserve, don’t make the puppy parenthood leap just yet.