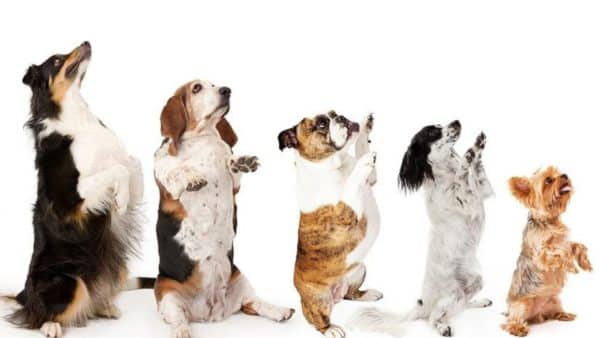 Many Dogs Have Undergone Drastic Changes

If you are looking at a dog right now, chances are, it might have not looked that way a hundred years ago. Dogs come in various shapes, sizes, and forms. If that’s not enough, each breed is continually changing.

A modification in physical stature and characteristics could be caused by their environment or in most cases, due to intentional breeding “improvements.”

Some changes have become an advantage to their breed, while others were not as helpful. In fact, some people breed their dogs through selective breeding to exaggerate or enhance a certain physical trait to the point of sacrificing their health and quality of life.

When you look at how dog breeds have changed over the years, some of those changes are quite remarkable! If you lived a hundred years ago, you would probably have a hard time identifying even the most recognizable breeds. Most people would agree that one of the most unique dog breeds today is the bull terrier. They have an unusual egg-shaped head with small, slanting eyes. Some might liken a bull terrier’s head to a football. Whatever you might think, they are simply different when compared to other dogs.

While some people may consider their head’s structure as cute or pleasantly unique, the bull terrier did not look this way in the early 20th century. They actually had a head that looked like normal dogs. Their legs weren’t short like it is today, they were longer with a thicker body. Do you know that English bulldogs were used as bait for bulls? Thankfully, the practice was banned in 1835. Given their physical limitations, the English bulldogs of today would not be able to outrun a bull.

However,  English bulldogs in the past were taller and more slender. Not only that, but the folds on their face was not as densely packed and droopy. It was less pronounced. The modern English bulldog has a thicker and more compact body compared to its past predecessor. Over a century ago, Chinese Shar-Pei only had mild wrinkling. However, because of modern breeding techniques, their wrinkles have become bigger and thicker.

Their wrinkles have now extended beyond the face, toward their chest, and slightly to their front legs. Some breeders today are trying to reverse the breeding process and restore the traditional look of Chinese Shar-Pei. Because of the cute and lovable look of pugs, it is not difficult to see that it is among the most popular dog breeds. Breeders intentionally bred pugs to have a flat nose and big, wide eyes. Not only that but pugs were also bred to have that double curl on their tail.

Sadly, because of their flatter nose, pugs can easily develop breathing and respiratory problems. In addition to that, bigger and wider eyes lead to eye problems. And the double curl on their tails is actually a genetic defect that may lead to paralysis. You’d never guess they have a risk of health issues considering how energetic and sweet they are. So far, we’ve listed just some of the dogs that have seen little to big changes in their physical appearance. There are plenty more! Other breeds with significant changes include German Shepherds, Great Danes, Boxers, Boston Terriers, Rottweilers, and Dachshunds.

There’s no doubt dog breeds have changed over the last century. However, one thing that has never changed is they have always been loyal friends and furry family members to us. May we all appreciate the uniqueness, beauty, and characteristics of each dog breed. What’s your favorite dog breed of all time? Comment Below!