Why Do German Shepherds Make The Perfect K9 Unit?
FREE SHIPPING OVER $40 - NO COUPON REQUIRED! 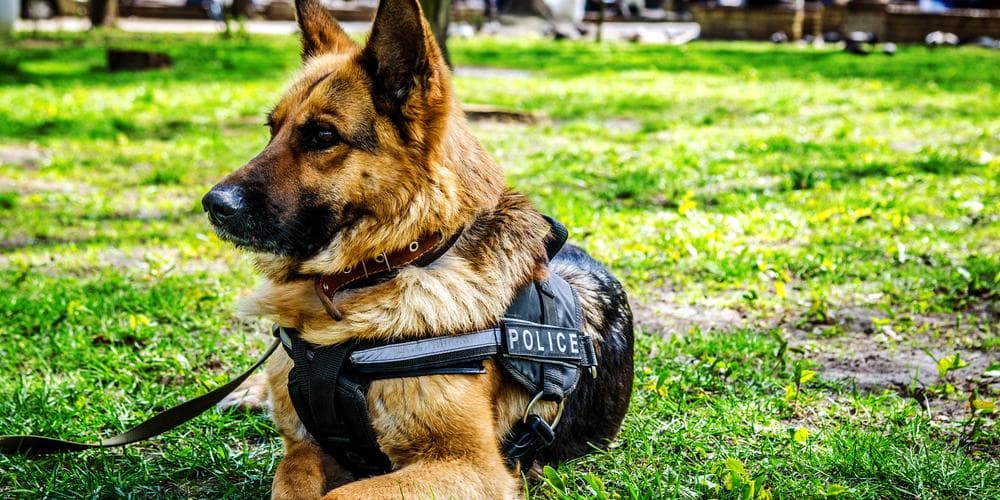 However, have you ever wondered why they are among, if not the most, common dog breeds that are used by the police department or in the military?

That’s actually a good question to ponder upon. After all, as a pet owner or dog enthusiast, knowing how a German Shepherd effectively does his K9 work lets you understand deeper about how dogs behave.

Thus, in this post, let us take a look at why German Shepherd makes the perfect K9 unit. 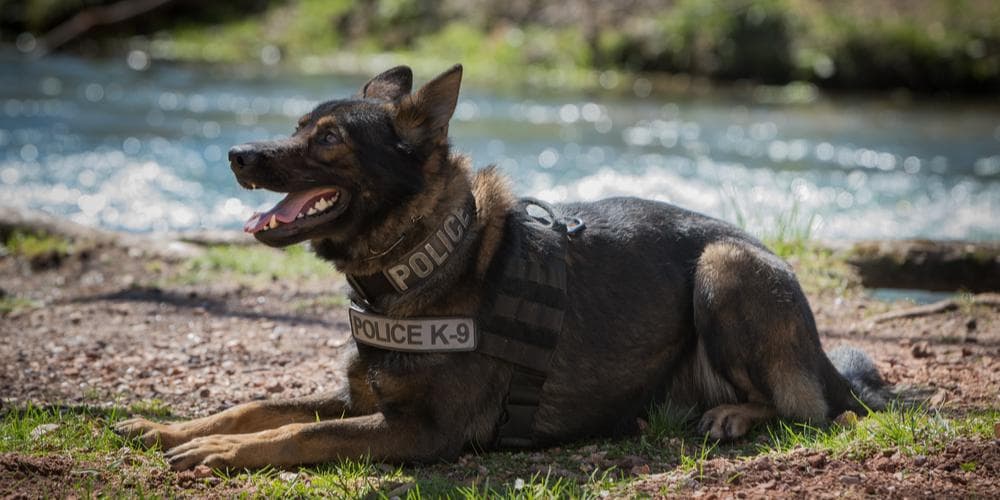 In the 1900s, a German Army Max Von Stephanitz began breeding German Shepherd dogs for police and Military works. A few years later, Max approached the German Police Department and asked if they would be interested in using a dog for work.

From that day, German Shepherds were tested for tactical works, protection, and tracking. It was a huge success and in the year 1920 to 1930 the German Shepherd was widely used for Military tasks around the world.

German Shepherds are known for their dedication and enthusiasm in doing any job they are given. That’s why, even when they are assigned in the police force, they are completely committed to doing their work until they are done or unless their trainer tells them to stop. 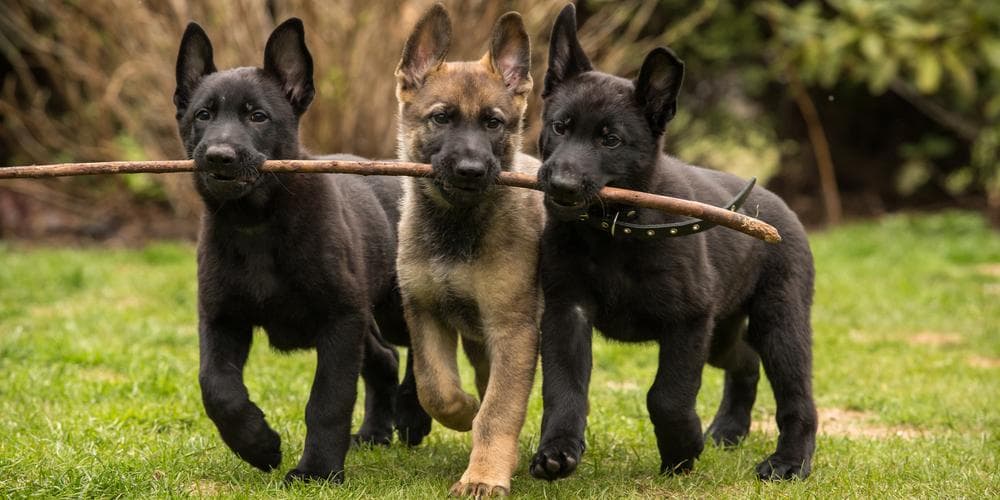 German Shepherd is one of the most intelligent dog breeds. They can be trained to perform difficult tasks like drug-sniffing, bomb tracking and detection, carrying messages, delivering medical supplies, bringing ammunition, and attacking criminals, to name a few.

Dogs are known to be loyal to their masters. However, German Shepherds are exceptionally known to be more loyal than other dog breeds.

German Shepherds always have a strong desire to stay close to their handlers. They do their best to please their masters and ensure they stay as obedient as possible. Not only that but because of their great loyalty, German Shepherds never leave their masters behind. They are willing to fight and even die for them. 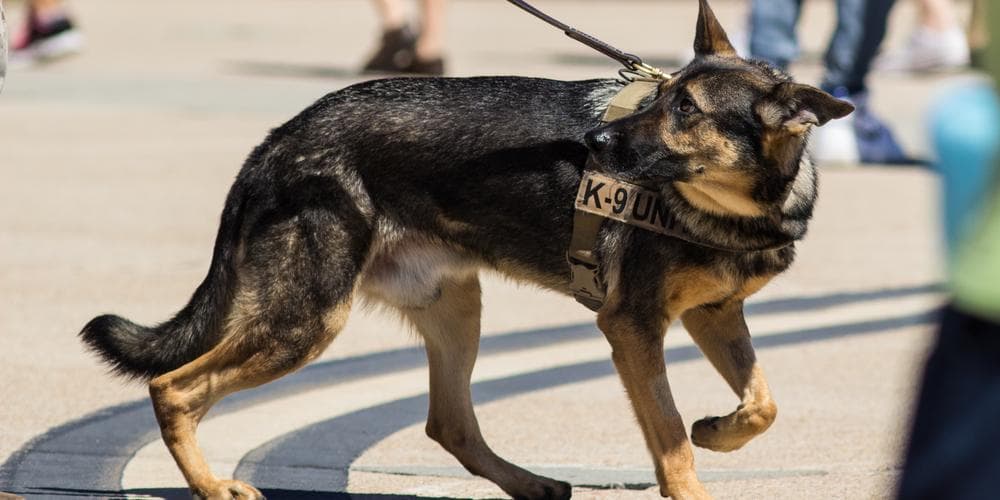 Standing between 22to 26 inches high with a weight of 65 to 100 pounds, German Shepherds can do a lot of things for their master.

With all his strength, speed, athleticism, and agility, German Shepherds are able to chase and takedown criminals easily, defend other people, intimidate any attacker, carry heavy loads, run through danger, endure long hours of training, and assist comrades in doing a wide range of tasks.

German Shepherd dogs have an incredible and solid temperament attitude. Given enough time and effort, they will surely treat you as their closest friend. They can easily be trained because of their patience and good-natured character. 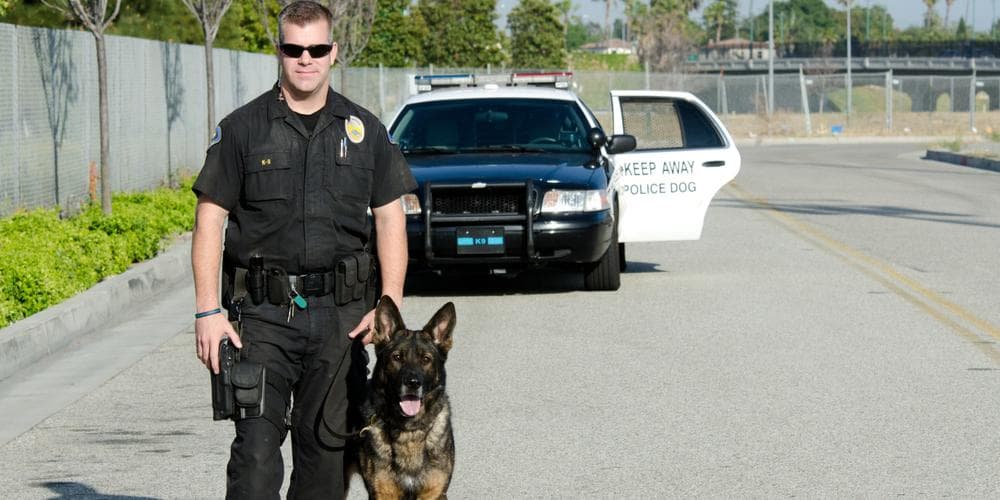 German Shepherds are truly one of a kind dog breeds. Because of their strong physique, high-level intelligence, and dependable temperament, they are perfect for almost any job and that includes doing law enforcement tasks. Thus, it is only natural to find them as part of K9 units, faithfully serving people and saving lives.