What’s In A Wag? What Different Tail Signal Means! 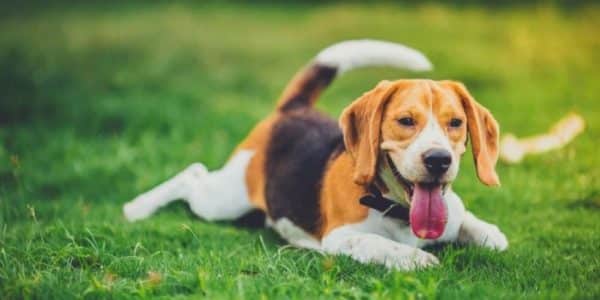 Long, Short, Furry, or Stubby, A Tail Is A Tail!

Wouldn’t it be nice if one day, you wake up in the morning and as you walk down the kitchen, your dog said, “Good morning, master!” Now, that might sound weird (perhaps, scary), but you might think that life would be better if your dog just talks to you. No need to play the guessing game because you would know exactly what they want and what they need simply by just using spoken words. Sadly, that’s not the case. You need to rely on his body language most of the time. Though you can definitely look at his face, head, and body, you should never ignore his tail. 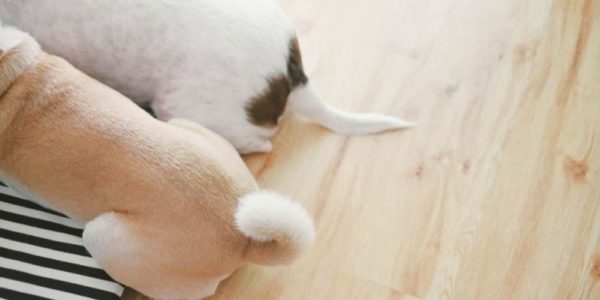 Not known to some pet owners, the tail is not just an extension of your dog’s body. It plays a major role in communicating their inner desires and feelings. The problem, sometimes, is that tail signals are not always that straightforward. You need to do a little more research to fully grasp what their tail movement signifies. Thankfully, you don’t have to look far and wide just to find the meaning of each tail signal. In this post, learn some of the tail movements and their most likely corresponding meaning. 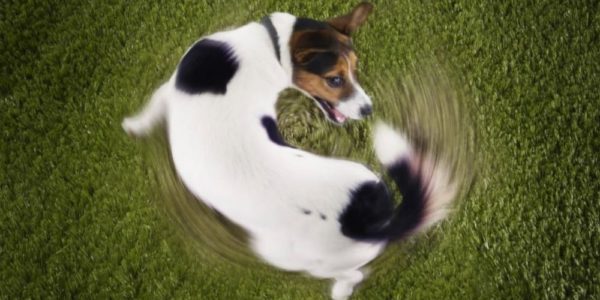 Your dog wags his tail a lot of times. Here’s what they may mean: Slight or quick wag – your furry friend is simply saying hello and he wants you to acknowledge his existence. Big, wide wag – tells you your dog is happy and being friendly. Rapid tiny tail movement – your dog is excited to do something or is extremely interested in what you are about to show him. An eager and enthusiastic dog may rapidly wag its tail while jumping or running in circles when he knows that you are about to go for a walk, play, or eat together. Tiny, burst wag – when your dog is focused and his tail wags in tiny, vibrating bursts, it could be a sign that he is in a heightened alert and is about to attack or flee.

It is not just the movement of your dog you should take note of, but also the position. Tucked in – a frightened or scared dog will lower or tuck its tail down between his legs. He is telling you or others, “Please, don’t hurt me.” It is a submissive gesture that shows he doesn’t want any trouble. Tail held up high horizontally – a tail held up high indicates being attentive, alert and curious. That’s why when you see your dog focused on something, you’ll see his tail standing high. Raised tail and wide wagging – a combination of a raised tail and wide, circular wagging tell you your dog is happy. He is basically saying, “I am not here to threaten you” or “I will not harm you. I just want to be friends with you.” Parallel to the ground – when you see your dog’s tail held up almost parallel to the ground, something caught his attention and would like to investigate further. Low positioned – When your dog’s tail drops lower, it shows signs of nervousness and submissiveness. 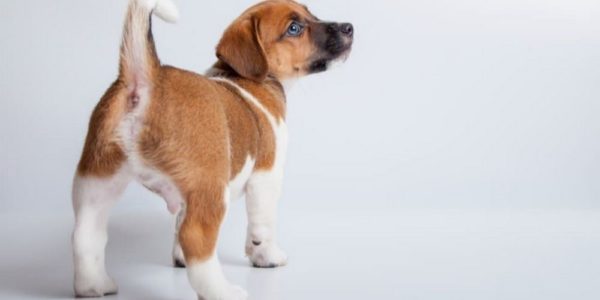 What you read is a generalization of the meaning of tail signals. However, you would need to take note that tail signals may mean differently for various breeds. For example, it is common for beagles and terriers to carry their tails almost always vertical and yet, that might not mean anything to them. Greyhounds and whippets commonly hold their tail low. Thus, if you need to further know what your dog is telling you, you would need to take note of his whole body language. Being familiar as well with your dog’s personality would surely help you understand your dog better. If needed, do further research and speak to your vet.