Watch The Inspiring Friendship Between A Dog and a Cheetah

Learn about the amazing animal friendship between a dog and a cheetah. Kago, the dog, and Kumbali, the cheetah, are marking another year of being best friends. As most people are aware, cheetahs and dogs rarely coexist. However, this dynamic duo never got that memo.

Metro Richmond Zoo helped Kago and Kumbali commemorate their sixth year together earlier this month. From a young cub and pup to distinguished adults – MRZ treated the best friends to frozen, meat-filled snacks for some extra yummy fun. 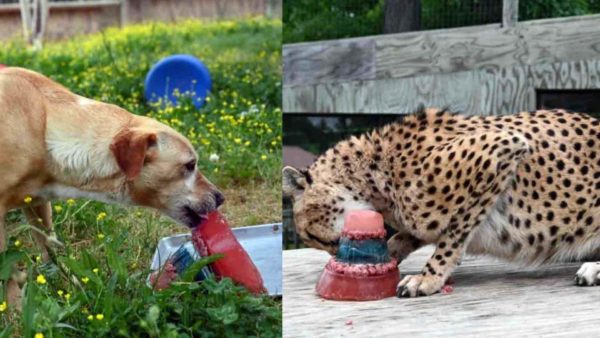 Kumbali was born at MRZ to his parents Hatari and Khari. Sadly, Khari was able to only produce enough milk for two of her three cubs. MRZ chose to remove Kumbali and bottle-feed him at two weeks old. He was not only not gaining weight, but he was also actively losing it. The end goal would be to reintroduce him to his family once he was healthy enough to do so. As so often is the case, mother nature had other plans.

Kumbali steadily gained weight while his motor skills showed improvement. Unfortunately, even after healthy development and being transitioned to a mostly meat diet, he wouldn’t be able to join his family. At the age he was, it was likely Khari would no longer view him as a cub but as a threat. 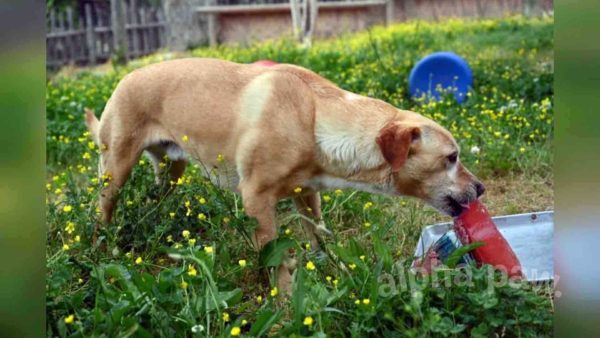 Despite his inability to be reintroduced to his biological family, Kumbali needed a friend. Male cheetahs are social animals. When in the wild, they often form alliances with other male cheetahs, typically their brothers. For Kumbali, his brother was going to look a little different.

Over thirty years ago, the San Diego Zoo pioneered a cheetah-dog companion program. Since then, many successful companionships across various zoos have formed. Kumbali and Kago being one of them.

After a long search for a rescue puppy with the right personality, MRZ knew they had found their guy – Kago. Once adopted, he and Kumbali were slowly introduced to one another to ensure the safety and bond between the two. It took no time for the two to be inseparable. Now there’s no telling that they’d ever been apart.

Both Kumbali and Kago will continue to live their lives out together at Metro Richmond Zoo. Kumbali serves as an ambassador animal representing his species and their conservation. Kago continues to be the cheetah’s best friend. If you love these incredible animal friendship stories, check out the friendship between a cow and her pack! Another friendly pairing is between an adorable Dachshund and a lion (10 times her size)!

1 : 0
Mins
Remaining
Check out these exclusive deals curated just for you!

Is Your
Dog A Healthy
Weight?