Video: An Amazing Animal Friendship Between A Dog and A Deer 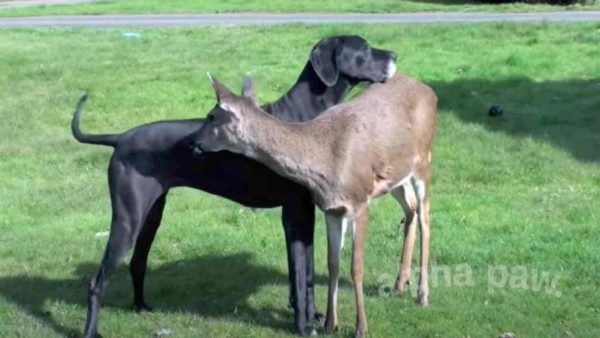 It’s an amazing animal friendship that will warm your heart. No matter if you watched it or not – you should. This adorable video has been circling the internet and touching hearts online. The video captures the special bond between a dog and a deer.

In the 39-second-long clip, Kate the dog and Pippin the deer are seen frolicking in the yard together. They interact by nuzzling each other, running around, and even hugging during their time together. Like many other animal friendships, these two don’t seem to care that they are completely different species.

When Pippin the deer was just a helpless fawn, Kate the Great Dane adopted her as her own. They have been the best of friends ever since. A true example of interspecies love.

The owner of Kate, Isobel Springett, originally posted the video on YouTube in 2010. It has recently been re-posted to r/aww and has once again gained the love of the internet.


“Kate and Pip playing on the lawn April 1st, 2010. The sun came out after heavy rain and they just couldn’t resist a romp,” reads the description of the video.

Since initially being shared, people across the globe have fallen in love with the adorable pair. Many of them have left comments to share their appreciation.

“Ohhh the neck hugs/nuzzles!” commented one user. “Prongs and Padfoot!” said another. For the Harry Potter fans out there, that might get an extra giggle.

“That is crazy adorable!” wrote a third. “When’s the Disney movie coming out?” asked another.

If one thing is for sure, Kate and Pip will not be the only ones getting enjoyment out of their time together. People love watching the video as much as the pair loves hanging out with each other. Additionally, with online media, it’s easier to learn about unique friendships in the animal kingdom. Recently, a friendship between a cow and a dog was making headlines. On the Netflix show Tiger King, there was a friendship between a delightful Dachshund and a lion. Watch the video below! 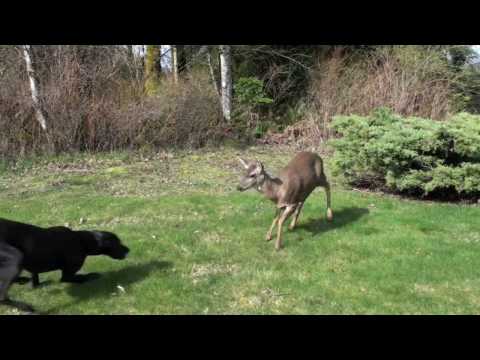