Two snack-loving French Bulldogs from Northern Thailand found themselves in a bind after a failed midnight food raid. Apparently, the Frenchies knew there were goodies in the cupboard, and decided to take it upon themselves to feed their hunger when the owner was asleep. 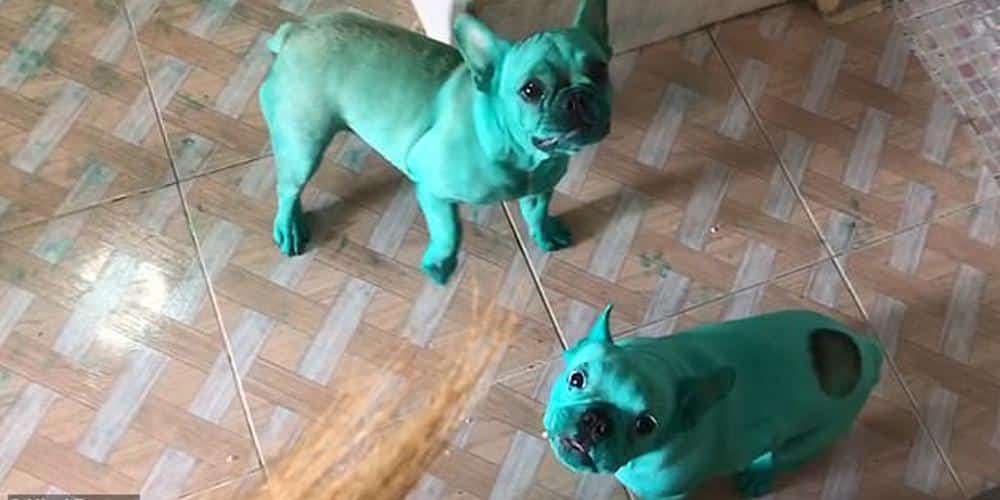 Green As the Hulk

What they found and ate was far more than simple goodies. The mischievous pair ate a bag of green food dye which left them green as the hulk. Not only that, but they tracked the food coloring throughout the house and made a bit of a mess.

Imagine the utter surprise when their owner woke up to green colored Frenchies and a house full of green dye! 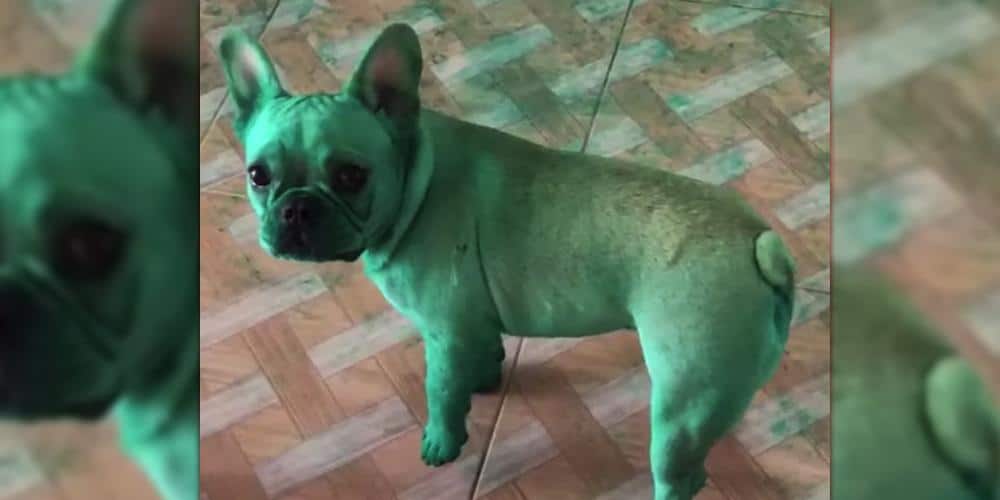 Yada Ornsomjit, the owner of the two Frenchies, had accidentally left the kitchen door open and the Frenchies took notice.

“I forgot to shut the kitchen door the night before. But I couldn’t believe they went inside and made everything green.”

She revealed that it took her several hours to clean up the mess and the dogs were none the wiser to the massive mess they had made on themselves and the entire house!