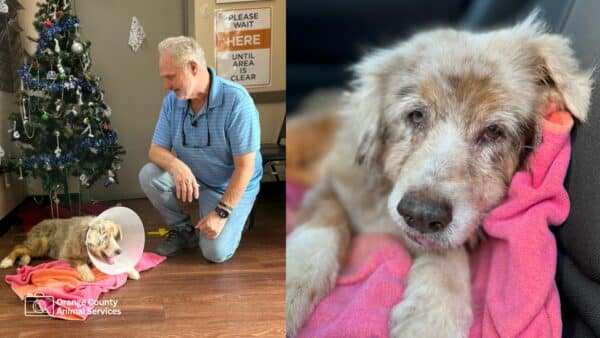 When it comes to pet stories with a happy ending, Jazzy’s journey of countless miles across seven years is beyond amazing. Who knows where her journey may have taken her? We’ll never know the details of this canine voyage, but we can be sure that even Jazzy found herself far from home! Luckily for all involved, a microchip was there to help reunite them.

Orange County Animal Services, in Orange County, Florida, lovingly opens its hearts and doors to any animal in need, no matter the circumstances. Every single day they welcome 25-30 new furry friends while providing a kind refuge for over 300 animals who rely on them.

They diligently care for terminally ill dogs, elderly pets, or injured companions – as well as investigate crimes against animals that could threaten community safety. And best of all? Their ultimate goal is always about finding these wonderful creatures loving homes at the end of it all! And that’s how they found Jazzy. 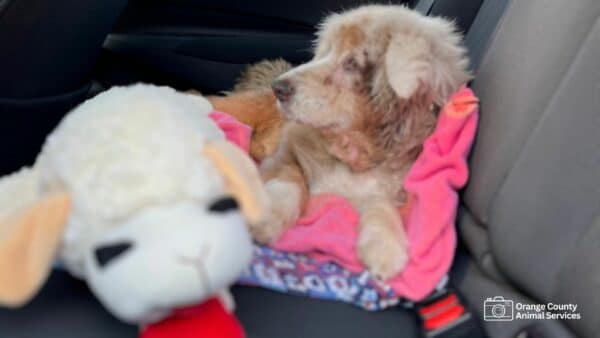 She was a petite senior dog who had been left behind in an abandoned hotel room, destined to become the character of one of many sad pet stories. Rescuers answered a call about a dog in dire need of help, and when they arrived, she was in bad condition. She could barely walk due to her advanced arthritic condition, and team members thought she was between 9 and 10 years of age.

After being reunited with her rescuers, Jazzy’s incredible story began to unfold. Jazzy’s microchip revealed her family was waiting for their beloved pet in Texas! But That wasn’t the only surprising discovery they made.

When they connect with the owners, they were amazed to find that Jazzy was 12 years old. Not only that, but she had been missing for seven years! Apparently, when Jazzy was five, she ran away after being spooked by fireworks. The family never gave up hope and continued searching for her, but they never imagined she’d be found so far away, and so many years later. 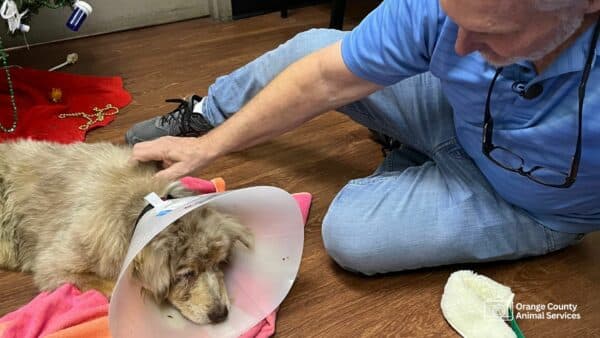 Needless to say, they were thrilled beyond belief and quickly jumped on the first flight to Florida to take Jazzy home. As for the Orange County Animal Services team, they couldn’t be happier. The goal of their organization is to rehome as many pets as they can. 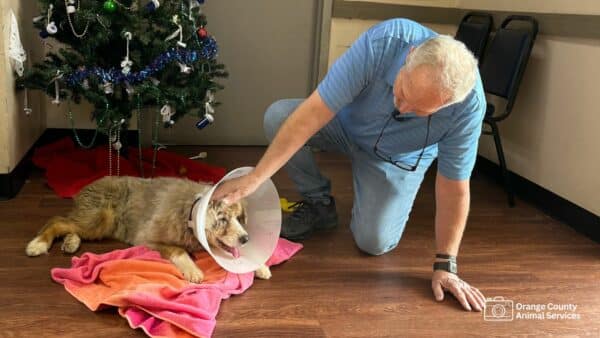 The microchip for dogs

Thanks to the wonder of microchipping, humans can rest assured that their furry friends will be safe and sound – no matter how far they wander. Jazzy is a great example of just that.

With a dream of keeping family pets safe, AVID Identification Systems was founded by a veterinarian in 1985. Almost four years later the world’s first pet microchip was implanted into an animal.

Now, more than 30 years later, AVID is still providing peace of mind for families all across the globe – making sure furry friends have something extra special looking out for them. And, it is also very affordable. They usually start at about $50 and consist of an injection procedure that cost nothing extra.

Other ways to care for your pet

Thanks to a microchip in Jazzy, she was able to reunite with her family. Once home, hopefully, her pet parents added another layer of protection for Jazzy via pet insurance. For a senior dog, pet insurance is vital in reducing the cost of vet visits, vaccinations, and other services that could end up putting a dent in the bank.

Jazzy’s journey of resilience and love is one of the best pet stories to read about. Thanks to her pet parents, we were able to enjoy this wonderful chapter – all because she was microchipped! Whether you have a furry companion or not, make sure your pets are safe with a simple chip.