ICYMI: An Amazing Friendship Between A Lion and A Dachshund on Tiger King 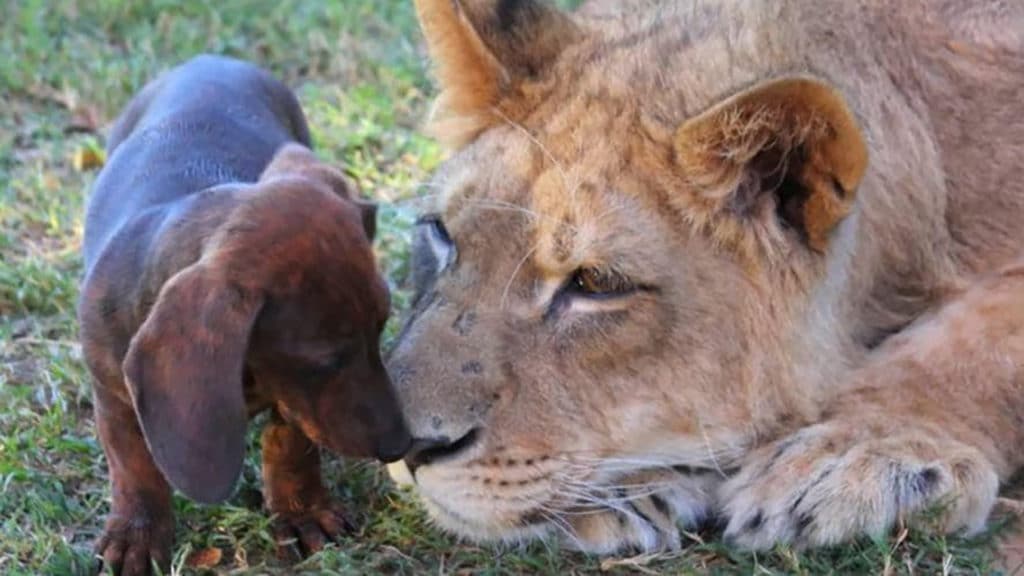 When Netflix released a series called Tiger King, everyone talked about it. The series explored the breeding world of big mammals and dove into how an exotic animal park functioned.  The show mainly followed Joe Exotic and gave the audience a deeper look into his life. That’s where we were introduced to his different personalities, passions, and the wildlife living in his park. The show took the #1 spot on the Netflix streaming service for a very long time. 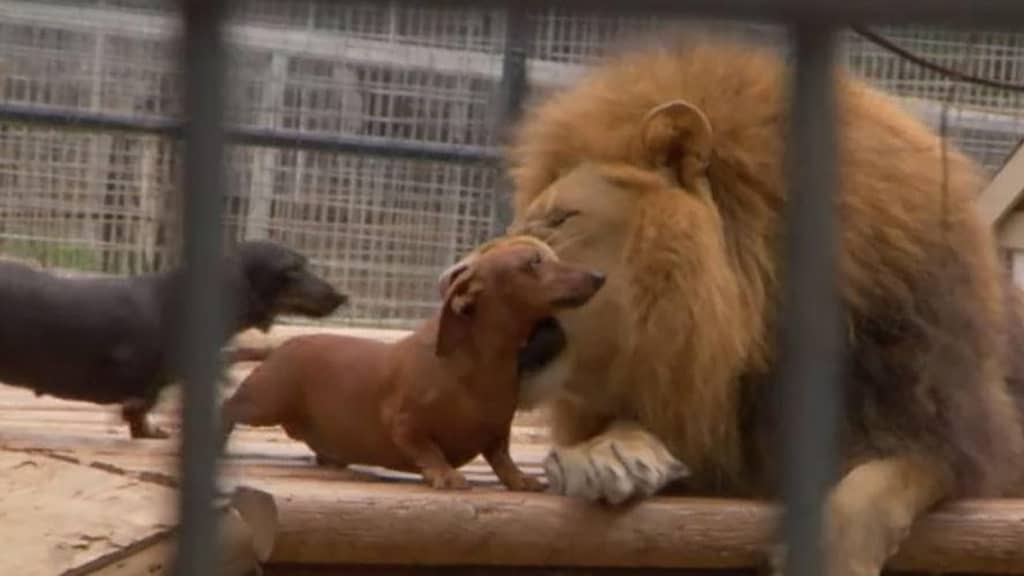 Could A Dachshund Tame A Lion?

Our favorite part of the entire series involved an adorable little doxie named Abby and a majestic lion named Bone-Digger. They shared an incredible bond that no one would ever expect to see, they can’t seem to stay away from each other. The park manager, John Reikene, stated that “they’re always just lovin’ on each other”. 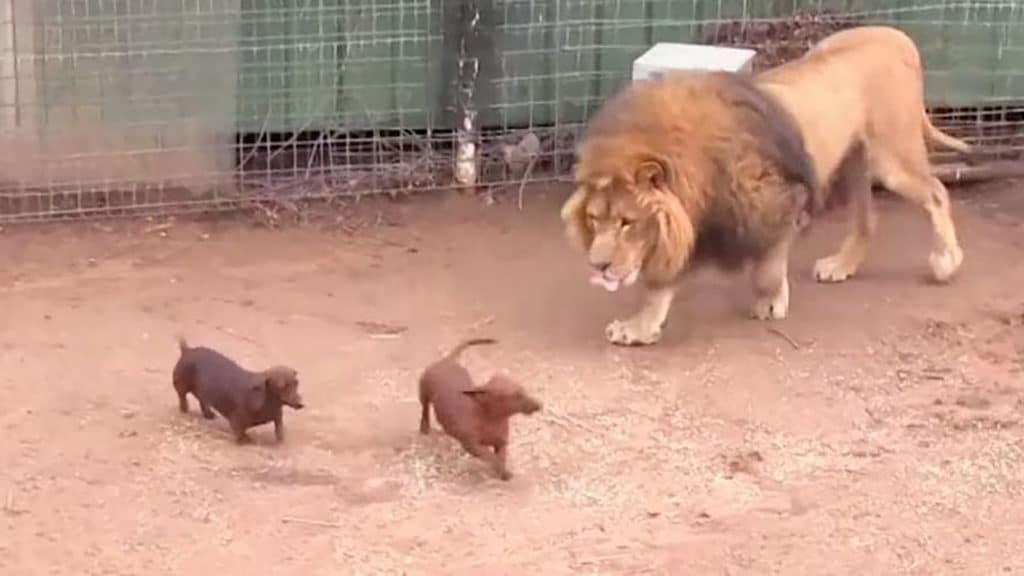 The two were introduced at a very young age, between eight and nine weeks old, and have been inseparable since then. Bone-Digger can be very feisty at times and will only allow the doxies and the park manager near him, he gets aggressive with anyone else. John (the manager), even goes as far as saying that the doxies can sometimes overpower his authority. At times, the doxies have to be separated from Bone-Digger to be fed and cleaned, but as soon as they’re reunited it’s a love explosion all over again! 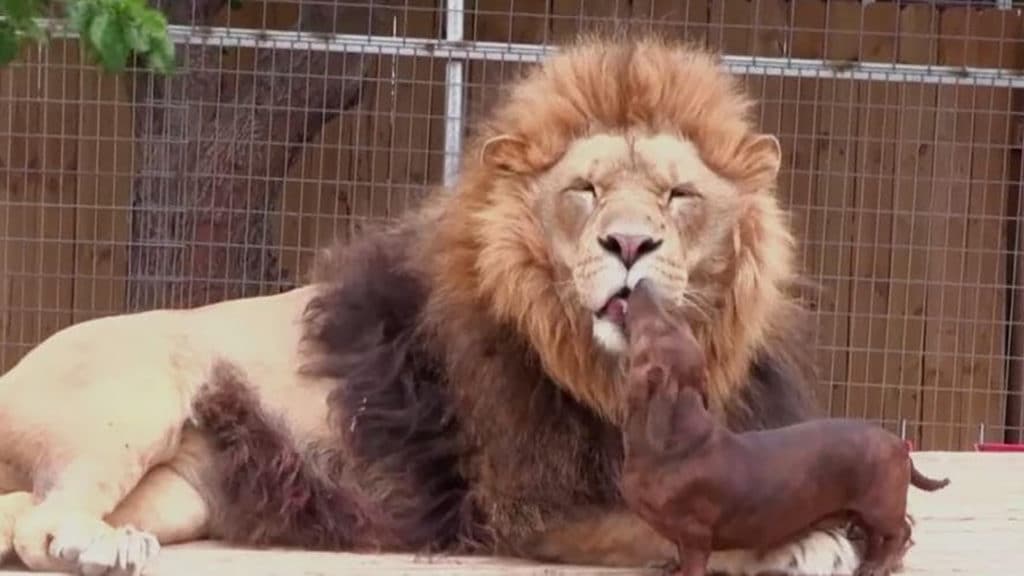 You might not have been a big believer of love at first sight before, but with this kind of relationship, it’s undeniable that it truly exists.  These two animals are different yet they love and depend on each other. They have completely put aside their differences and see each other as equals. Love has no limits and this relationship shows it!

DISCLAIMER: Sausage Dog Central does not support the actions of Joe Exotic. This is posted simply to show the love between two different species of animals and because we of course love anything that has to do with Dachshunds!