The 8 things all Dachshund Owners Understand – #3 Is Hilarious! 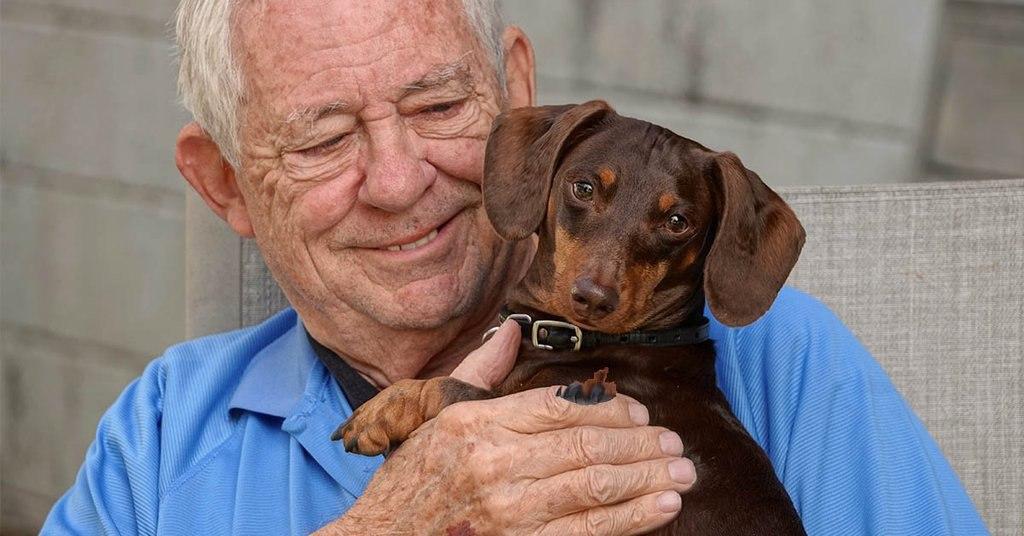 The 8 things all Dachshund Owners Know to be True

If you are a Dachshund owner, you probably just as obsessed with everything Dachshund like us here at Sausage Dog Central, if you own a Dachshund you know your life will never be the same again ever. Many owners can agree that you don’t own your Dachshund, they own you.

This breed is special because no other dog in the world can be mistaken for a dachshund, this is due to their long bodies and ultra-short which give them the look of a walking hot dog, and while they are odd looking, their behaviors can be just as strange.

Here are the eight things all Dachshund owners know to be true.

1. They love to be vocal

Dachshunds are big, big talkers. They share their joy vocally if they are happy, or their disappointment if they are feeling sad, left out or just wanting some extra loving. Doxi owners soon come to realize that Dachshunds are yappy dogs and just won’t shut up. You can actually have a conversation with your Dachshund, and both enjoy the interaction, even though you don’t know what each other are saying, but once you’ve owned your Doxie for a while, you will be able to decipher their language and understand how they are communicating with you.

2. They have selective hearing

Cat owners know all too well that their cats have selective hearing, but it’s rare to say the same about a dog, except in the case of a Dachshund, and owners will discover this quickly.

Doxies, tend to block out messages they don’t like, and that’s why it’s so important to start training early, they are known to avert their eyes when they don’t want to do what you’re asking them to do, and if they get away with this behavior they may start ignoring you more often, unless you’re giving treats that is!

For being so little, Dachshunds are extremely strong-willed, especially when they are puppies, so it’s important to be firm and consistent, even though it can be hard not to give in to those beautiful eyes.

If you’ve ever thought “what am I feeding this dog?” you’re not alone, great news it’s not your Doxies diet that is causing this smelly problem. Dachshunds are infamous for breaking wind. If you’ve ever heard the term “silent but violent” that about sums up the smells that your Doxie can produce.

If you’re a Dachshund owner you are probably agreeing with this statement and have probably tried changing the food they eat just to be disappointed. If you’re considering owning a Dachshund, this information will help you prepare for what’s to come!

4 They are high jumpers

Dachshunds can reach some fairly impressive heights, you wouldn’t think so by looking at their height and short legs, while Doxies love to jump up and down from high areas they are also extremely prone to back issues due to their unusual shape, for this reason, it’s important for owners to put measures in place to avoid this such as purchasing a Dog Ramp to discourage extra strain on the back, and expensive surgery in the future.

Protect your Doxies back with a Dachramp ➜

5. They are surprisingly fast

You wouldn’t think of it to look at a Dachshund, but every owner will agree that these short-legged dogs are surprisingly fast, good luck if they run off with your underwear, there’s not much chance of catching these speedy pups once they are on the run from you. This serves the Dachshund well, being so little in comparison to other breeds of dog, being a fast runner serves as a great getaway technique when faced with a dangerous situation.

6. They think they are Big dogs

Have you ever heard of little dog syndrome? Well Dachshunds do not act based on their size, they feel and act way larger than they are, in fact, Doxies are quite comfortable around dog breeds of all sizes, for the simple fact that they feel bigger than they are. This is one factor that makes for a confident and fun personality that you can’t help but love.

7. They use their facial expressions to get what they want

Dachshunds have mastered the art of getting their own way, they know how to use those big gorgeous eyes to guilt you into giving them whatever they want, and boy this is hard to resist. They will go as far to act and sound, sad, hurt or depressed to trick you into backing down from rules you put in place, they are incredible and cute manipulators and figure out fast how to get their way with you, while it can be difficult to not give in, training and discipline is important with your Doxie, and you will be so much better off in the long run.

8. You feel more empathy with your Doxie than a human

A study by Researchers from the Northwestern University of Colorado shows that many people feel more empathy with their dog than a human, in showing students a fake news story about a beaten adult and dog, it was shown that students would prefer to save the dog instead of the human, yes we do love our pups! Dachshund owners are extremely passionate about their four-legged friends, and this will hold especially true to owners of this incredible breed.

Do you think we missed anything from the list? Let us know in the comments below!