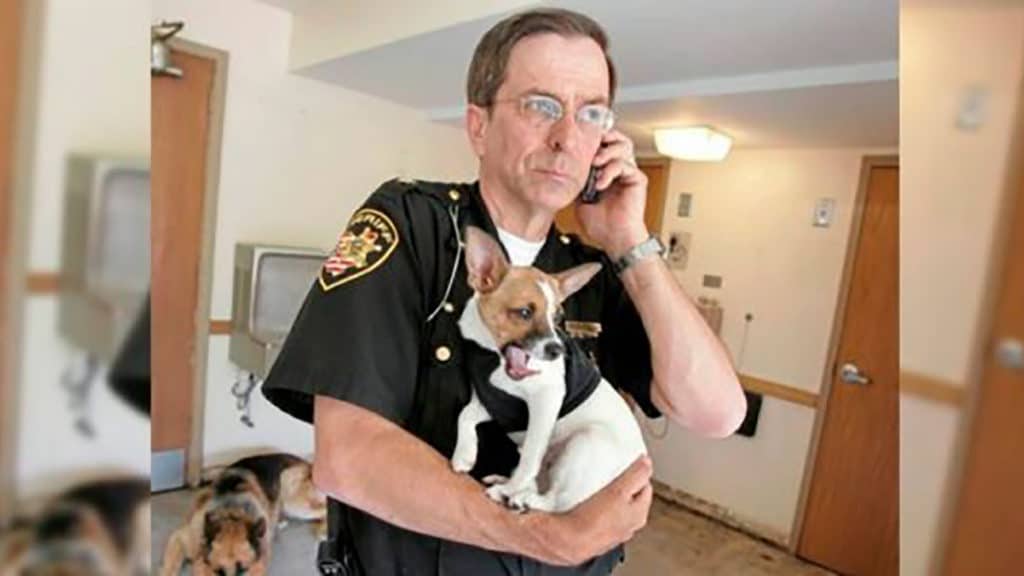 Dan McClelland and Midge Were Inseparateable

A retired Ohio sheriff and his police dog died on the same day. Sheriff Dan McClelland and his tiny chihuahua-rat terrier mix K-9 partner Midge, both passed away on Wednesday, but from different causes.

McClelland, 67, and Midge, 16,  were not together when they died. The retired Geauga count sheriff passed away at a hospital after a lengthy battle with cancer. The tiny k-9 (chihuahua-rat terrier mix) died a few hours later. Perhaps Midge sensed his passing and died from a broken heart.

While the tiny k-9 wasn’t with her pet parent when he died, they will be buried together. And, after working side by side for 12 years, it would be a fitting end for the tiny police dog. 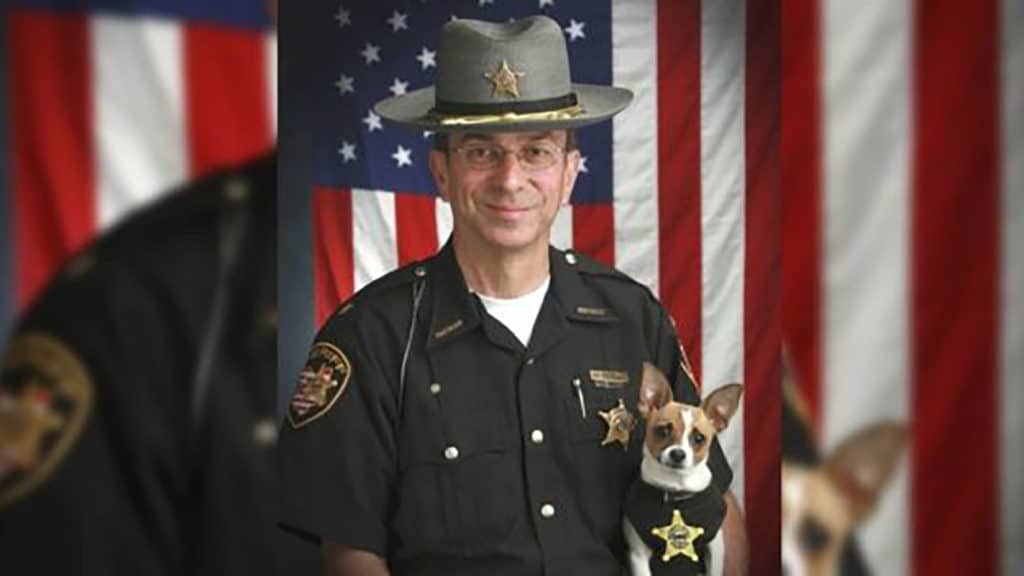 The Smallest Police Dog In the World

At end of 2016, after 13 years as sheriff in the semi-rural county east of Cleveland, McClelland retired. He spent 44 years protecting citizens in Geauga county. As Sheriff, his role included partnering alongside Midge, who sniffed out drugs with her sharp nose. Their partnership was not an accident, the retired sheriff chose Midge.

We’re used to seeing K 9 officers with their dogs. Normally, these are big canines who can look pretty aggressive. We’re not used to seeing an officer with a tiny dog, but that was part of their charm!

When McClelland was looking for a canine partner in crime, he bypassed the big dogs. He was looking for a pawtner with a mild temperament and who would be excited about their job. He was drawn to the pup when he first laid eyes on her.

Even though the other pups were much bigger than Midge, McClelland knew the tiny dog was special. Midge was the smallest of her litter, but her personality was big. She had the energy and the determination to sniff out drugs. So, the Ohio county sheriff made the decision, Midge would be his tiny K-9 partner.

Mild-mannered Midge was nothing like her more aggressive police dog cousins. She was able to sniff out vehicles without scratching upholstery or leaving dirt and mud behind. When it came to looking under the car, the tiny K9 did it with ease. Her small size helped him in many ways! 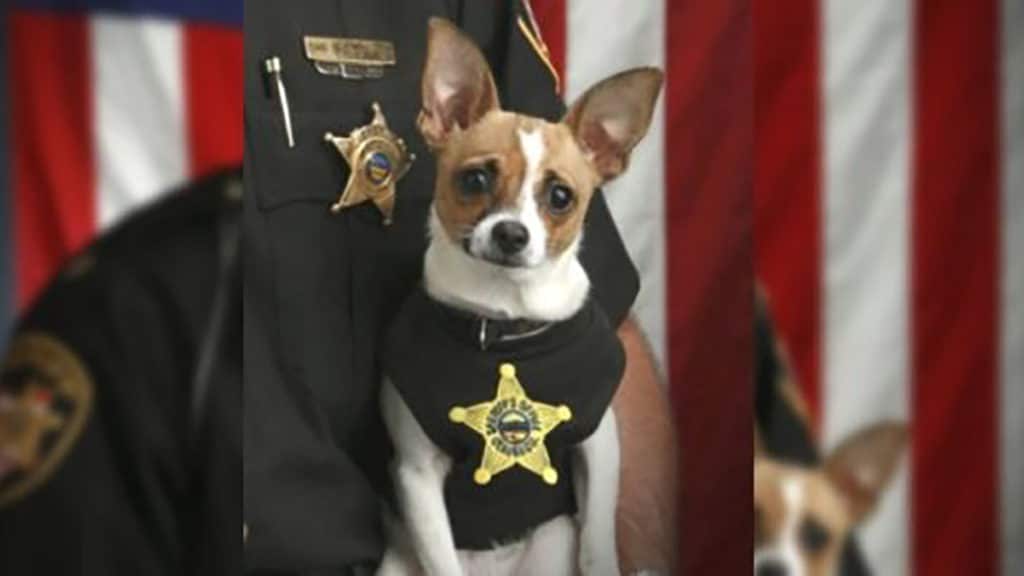 Sheriff Scott Hildenbrand, McClelland’s successor, shared a heartwarming memory about Midge and her popularity. One time, during the Great Geauga County Fair, Hildenbrand, McClelland, and Midge were riding in a golf cart. As they made their way through the fair, people flocked to them, eager to see Midge up close and personal. He recalled the retired sheriff even joked the dog was a bigger hit than he was!

“He used to joke that people would see him in a parade in a car and would say, ‘Hey, there’s Midge and whatshisname,…I think she was more popular than him.”  Retired Lt. John Hiscox, a longtime spokesperson for the sheriff’s office, added, “It was like bringing Elvis Presley to the midway.”

Do you know a police dog or someone who has one? Share your thoughts in the comments!