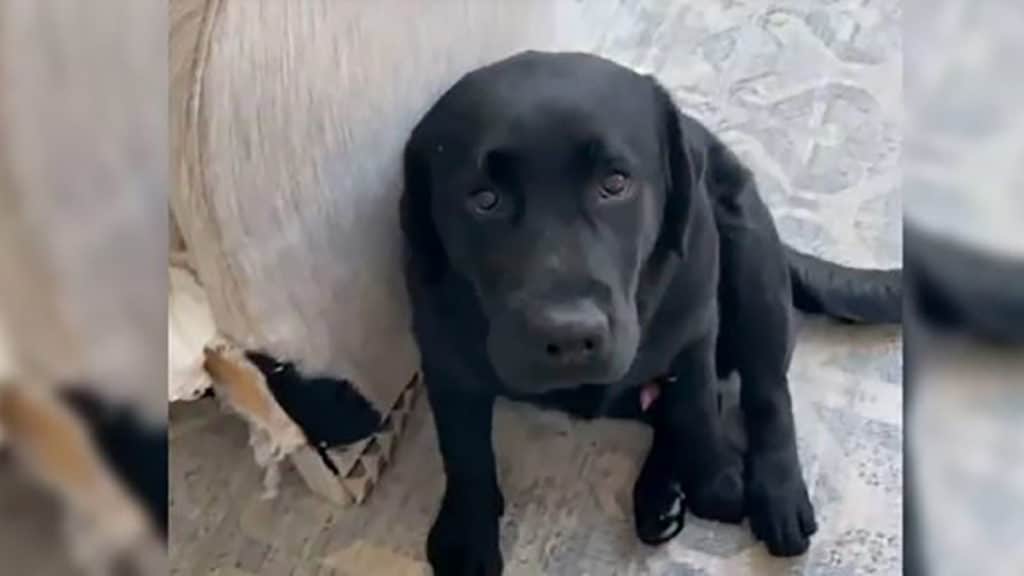 Popular actress Reese Witherspoon reveals her black labrador puppy Major is probably going through a teething stage. The adorable pup decided to test out his chops on the family couch and was caught red-pawed by the talented entertainer. Witherspoon posted the crime scene on her social media and Major appeared as guilty as could be.

In a series of captioned images, the superstar showed the extent of the damage her puppy did. Even though Major is young, his jaw strength is very strong and the couch was torn badly. Witherspoon took the scene in stride and joked that it was a good thing Major was such a cute dog…or else!

When Did Reese Witherspoon Get Her Dog?

The cute puppy with an oversized personality joined the actress’s family in January of 2021. The talented star made a big announcement on social media.

She stated, “Welcome to our family, Major!” The Morning Show star wrote on social media alongside a shot of Major striking a sweet pose on the grass. Leaving zero doubt about her love for the pup, who shares a name with President-elect Joe Biden’s rescue dog, she also added the hashtag “love my lab.”

There are no paws about it, Major will likely get into more situations as he grows and learns about the world around him. What we want to know now is, will the adorable pup continue seeking out couch legs to chew or will he find another interesting place?