Man Offers Shelter To 300 Dogs During A Hurricane
FREE SHIPPING OVER $40 - NO COUPON REQUIRED!

Man Offers Shelter to 300 Dogs During a Hurricane 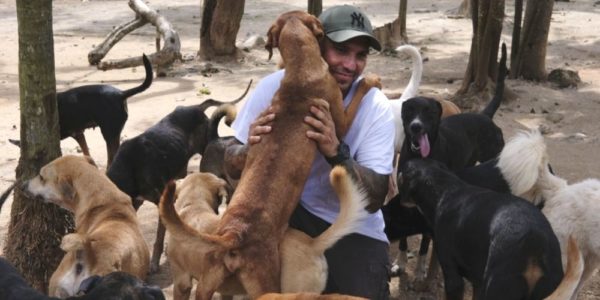 A Hero for the Animals

As hurricane Delta threatened Mexico’s Yucatan Peninsula, many took measures to protect their families and loved ones. Ricardo Pimental took it a step further opening his home to hundreds of animals to keep theme safe. His animal round up included more than 300 dogs, as well as many rabbits and chickens and even a hedgehog. A flock of sheep huddled on the porch for safety. 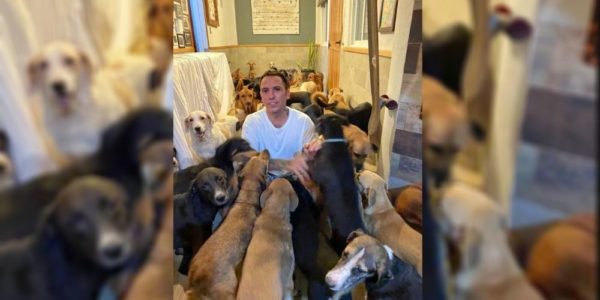 A home and A Sanctuary

Even though Pimental’s house took a beating, all the animals he took in survived. Pimental was quoted as saying, “It doesn’t matter if the house is dirty, it can be cleaned. The things they broke can be fixed or bought again, but what’s beautiful is to see them happy, healthy and safe, without wounds and with the possibility of being adopted.”

Pimental’s actions came as no surprise to those that know him. The home he lives in with his family doubles as Tierra de Animals (Land of the Animals), a sanctuary he founded 10 years ago. Prior to the storm, Pimental posted on social media requesting help with supplies and caring for the animals. During the storm he followed up posting pictures from the inside of his house, which by this point, looked a bit like Noah’s Ark. 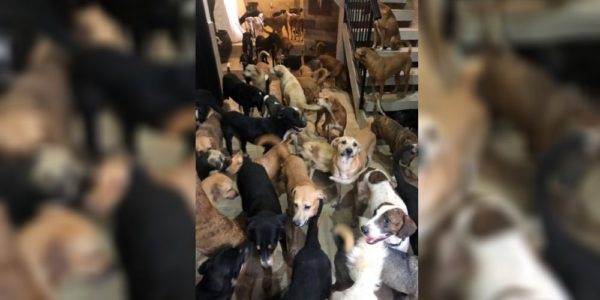 A Motto To Live By

Once the storm was over, PImental was so busy with clean up, he didn’t even notice that his posts had gone viral. He was amazed to find out how many people responded by sending donations and coming to his house to help with clean up. The generous animal lover hopes that his efforts help raise awareness for stray animals around the world and increases adoptions. He lives by the words of his sanctuary’s motto, “Leave footprints of kindness for others to follow”.