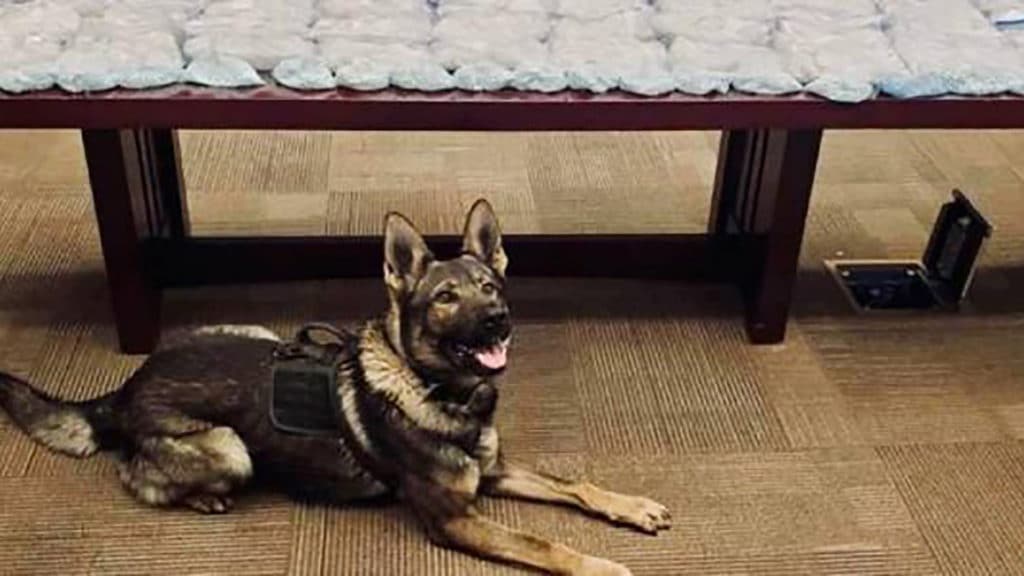 A California Highway Patrol drug bust couldn’t have happened without the help of their K-9 dog, Apis. The sharp-nosed canine sniffed out and revealed at least 81 pounds of meth, as well as 11 pounds of fentanyl tablets.

Apis, pictured as a beautiful and darker-toned German Shepherd from the Valley Division K-9 unit, was with the California Highway Patrol when they caught the smugglers. Initially, the authorities were pulling over vehicles for a simple traffic stop. But as the 2021 Toyota Corolla sped past, clearly in violation of the speed limit, police wondered if something more was going on behind the windows. 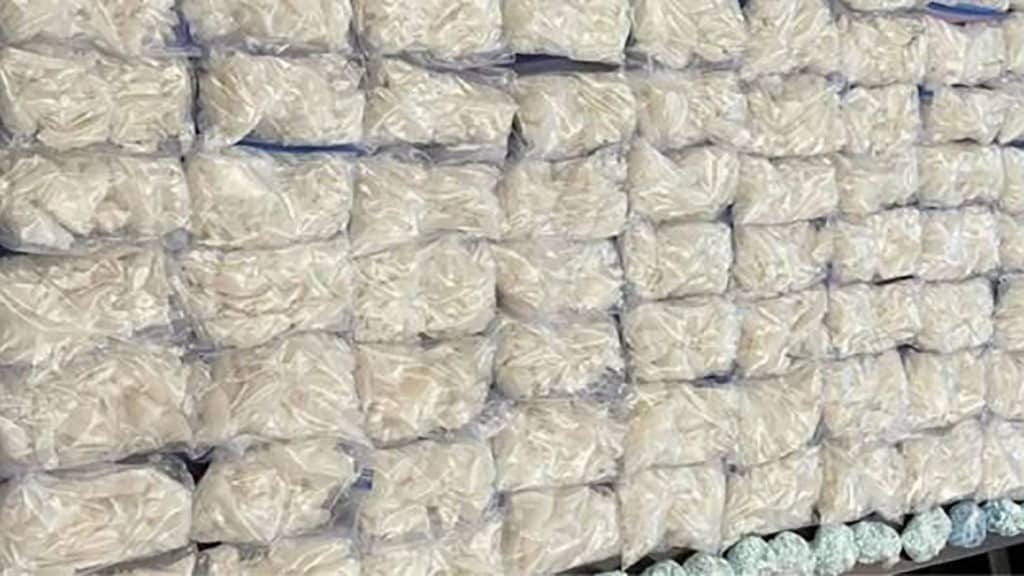 After stopping the car, police suspected criminal activity based on several present but undisclosed factors. As it turns out, so did K-9 Apis. As the authorities questioned the driver and passenger, Apis sniffed around the Corolla. It didn’t take him long to smell the multiple narcotics. As soon as he sniffed them out, he barked, alerting the authorities to the narcotics. A quick search of the vehicle led to the drugs’ official discovery, as they were hidden inside a concealed cardboard box. The police quickly repossessed them and arrested the culprits.

Photo evidence shows the 92 pounds of drugs layered across a long table, all enclosed in full-to-the-brim Ziplock bags. Apis poses for this picture, too, sitting proudly in front of the drug table with his tongue hanging out. He certainly has something to be proud of as the true hero of this massive drug bust.

The exact location of the bust remains unknown, but the drugs have been confiscated by local police authorities. Since the start of 2021, the U.S. has had a sudden surge in fentanyl demand, reported at a much higher rate than last year and confiscated all along the southwestern border. Looks like Apis is going to have a lot more work to do!