Happy 4th Of July To Our Founding Canines! 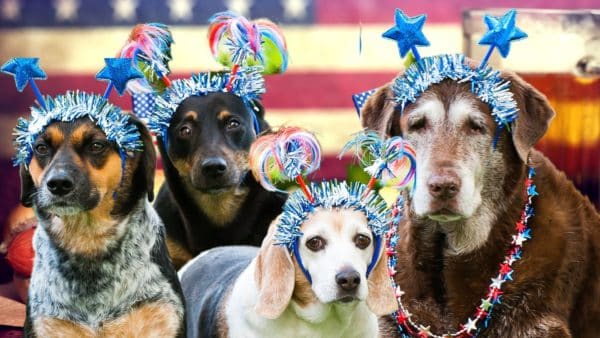 The 4th of July is finally here, and it’s time for you and your dog to kick back and wag your tails!

When we think about the 4th of July, we think of time with our family, friends, and our dogs. We also think of 1776, the Declaration of Independence, and our founding fathers. However, have you ever heard about any of their canine counterparts? Dogs have been “man’s best friend” long before our nation began.

That means that even our founding fathers were equally invested in their dogs as we are today. Yet, their furry companions very rarely are acknowledged when we talk about Independence Day. It’s time to change that. Read ahead to learn about some notable founding dogs of our nation! 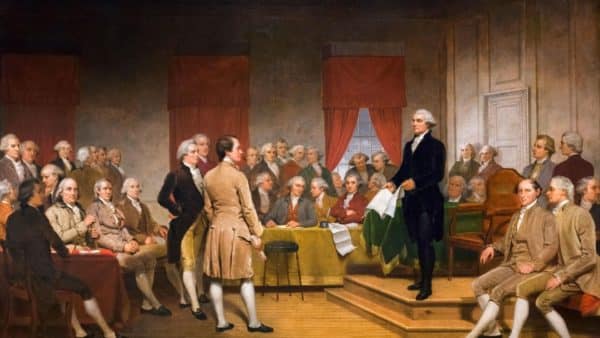 Through the careful breeding and maintaining of the genetics of these dogs, they are what would become known today as American Foxhounds. Washington not only bred his dogs, but he wrote about over 30 individually named dogs throughout his journals – man’s best friend.

Thomas Jefferson enjoyed dogs of his own too. When serving as minister to France, Briards piqued his interest. When the time came to return to the United States, he brought along a pregnant female, Buzzy. During their cross-Atlantic journey, Buzzy gave birth to two puppies. From there, Jefferson began his breeding program, and would later become a public advocate for a law to be enacted requiring dogs to wear collars.

Even though Abraham Lincoln was not a member of the founding fathers, it’s interesting to note that he apparently had a cat that was very smart. Lincoln was remembered for proclaiming that his cat was smarter than some of his staff.

Without a doubt, not only were the founding fathers doing important work in 1776, but they were also loving dog owners in their own time. They were signing the Declaration of Independence, then going home to wagging tails and wet noses. A true sign of dedication to every facet of their lives!

If you enjoy heartwarming animal stories, visit our blog! We’ve got animal friendships including that of a dog and a deer, animal bravery stories including a surprising confrontation between a bear and a dog, and a whole lot more!