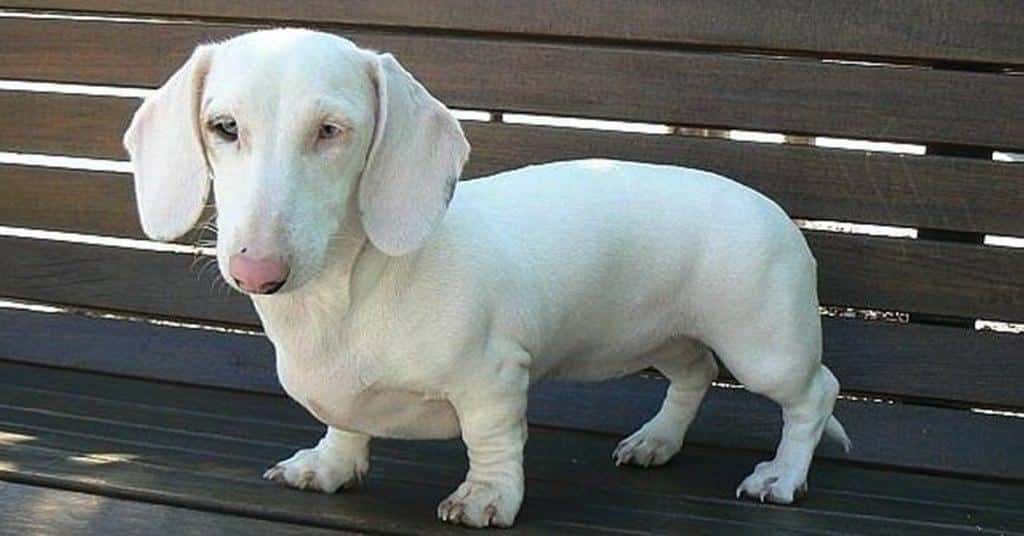 Have you ever stumbled across a picture of an all-white Dachshund, or Dachshund with extremely unique markings that are labeled as “amazing” or “rare”? You may notice scrolling through the comments that Dachshund owners point out the irresponsible breeding of “double dapples” to achieve these genetic traits. For those that are unaware of what that means, we are about to clarify it for you…

As beautiful as they may be, these dogs are most likely a result of unsafe breeding and are prone to health risks.

What Is Double Dapple?

According to the Dachshund Breed Council, Double Dapple is the color of a dog that is the result of mating two Dapple Dachshunds together. Double Dapple puppies will always have white markings, many in the same pattern that you would associate with a collie-type dog (band around the neck, white on paws, nose, and tail tip). They can also be entirely white. A Double Dapple Dachshund usually has blue eyes, but may also have one or both dark eyes. 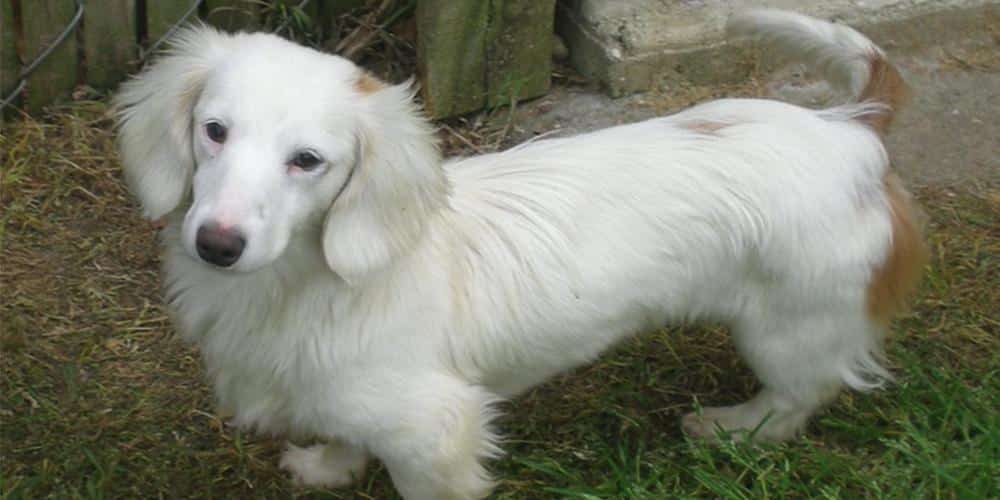 What are the Risks?

Be aware This is not always the case. Some may also be due to an extremely rare “Piebald” gene. According to the American Kennel Club, Piebald is a pattern (as opposed to a color) with clearly defined areas and/or patches of white on any allowed one-colored or two-colored dogs.

Two-colored piebald patterned dogs may show tan markings on the face and around the anus. There are no patches of lighter shadings within the colored areas as in the dapple pattern.

Eye color, eye rims, nose, and lips are well pigmented and in accordance with the base color; Important note: eyes are never partially or wholly blue as distinguished from the dapple pattern.

How To Choose A Dachshund

Thank you for taking the time to read this article and educate yourself on the risks of double dapple breeding. Please share this with any friends or family members that are considering adding a Dachshund to their family to prevent any further unhealthy breeding practices. Let us know your thoughts in the comments below.