Cats That Made It Into The Guinness World Book Of Records! | Alpha Paw
FREE SHIPPING OVER $40 - NO COUPON REQUIRED!

Cats that made it into the Guinness World Book of Records! 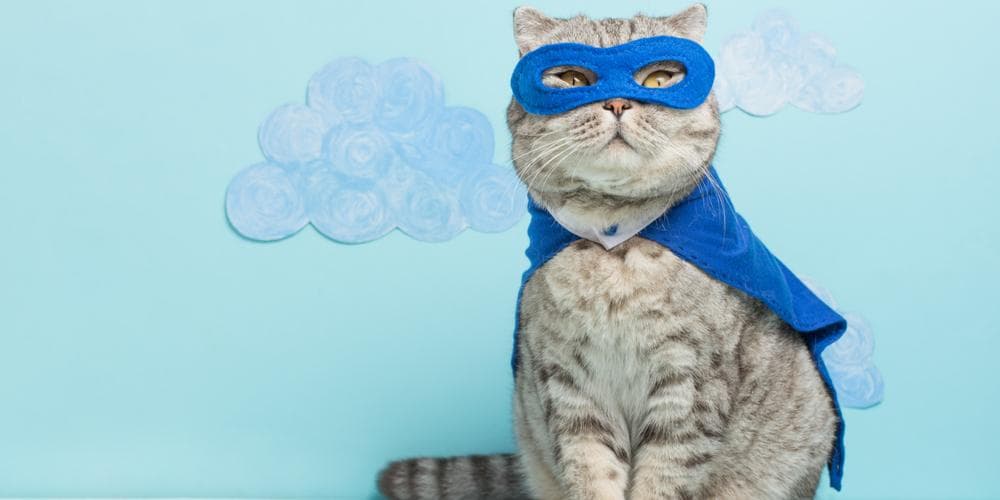 Did you know that there are quite a handful of cats who made it to the prestigious Guinness World of Records?

It is quite fascinating actually. Cats are majestic and impressive creatures and it is no wonder that they will make it on the list.

So, in this post, let me share with you some of the cats that are unique enough to be part of the Guinness World of Records. 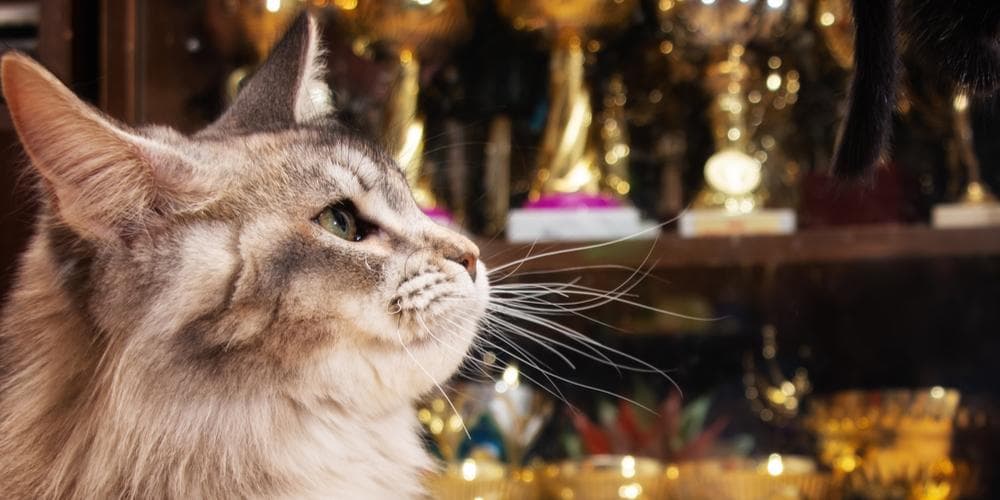 There are hundreds of cat breeds known to man. However, in 2013, there’s a new breed of cat that has been officially recognized by the University of Veterinary Medicine in the USA. A study found out that Selkirk Rex comes with a distinct genetic makeup, which makes it a separate breed.

Mymains Stewart Gilligan, or simply known as Stewie, is 123-centimeters long, from tail to head. This made him the longest domestic cat on record when he was measured on August 28, 2010. Stewie lives in the Reno, United States. Sadly, he passed away in January 2013.

It’s worth noting that Stewie is a Main Coon and the former record holder, Barivel, is also of the same breed. Barivel was 120 centimeters and held the record beginning on May 22, 2018, until Stewie claimed the record. 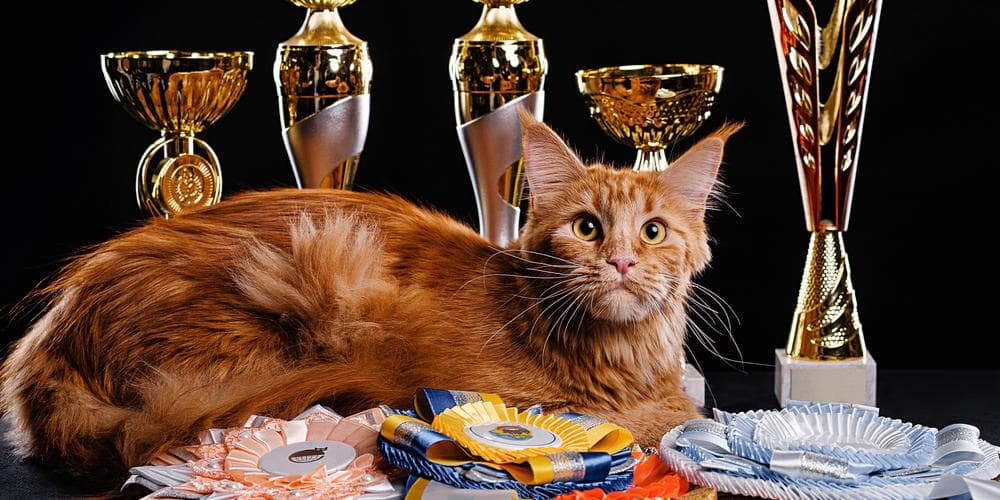 On February 5, 2016, Didga, together with her owner, Robert Dollwet, was able to break the record for most tricks performed by a cat within a minute. Didga was able to impress her audience with 24 awesome tricks. She did a wide range of tricks, from rolling over to riding a skateboard.

Merlin sets the loudest purr by a domestic cat at 67.8db. What’s interesting is that Merlin is actually a rescue cat and owned by Tracy Westwood. He was 13 years old when he achieved the record.

If we have the longest cat, we also have the shortest one. Lilieput is an adult female munchkin cat who measured only 13.34 centimeters from the shoulders to the floor. Lilieput and Christel Young, her owner, lives in Napa, Calfornia, USA. 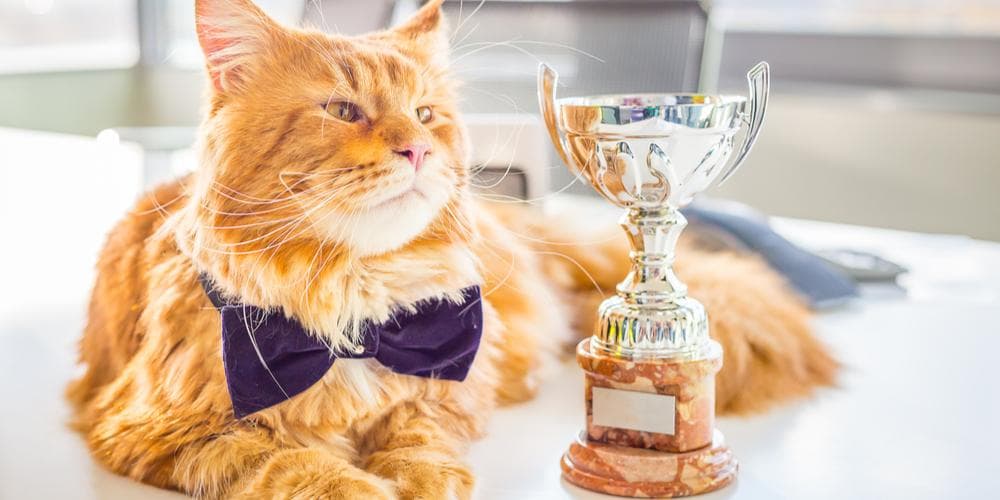 In Myrtle Beach Safari, a wildlife reserve in South Carolina, you will find the largest living cat named Hercules. His total length is 3.33 meters. He stands at 1.25 meters at the shoulder. His weight is a whopping 418.2 kilograms.

A quick fun trivia: Hercules has a brother who is slightly taller, but lighter. His name is Sinbad. Hercules also has nephews and all of them are really big. They are Yeti, Sampson, Odin, and Apollo. These are the first white ligers ever born in the wildlife reserve.

Sophie, the Cat With the Longest Fur

If you ever wonder which cat has the longest fur, the answer would be Sophie Smith. On record, she has a fur extending 25.68 centimeters. She was measured on November 9, 2013, in Oceanside, United States.

Waffle, Longest Jump By A Cat

You probably have a hard time jumping over 7 feet, but this is not a problem with Waffle the Warrior Cat. On January 30, 2018, Waffle set the longest jump made by a cat. She was able to jump 213.36 centimeters. She was 10 years old at that time. 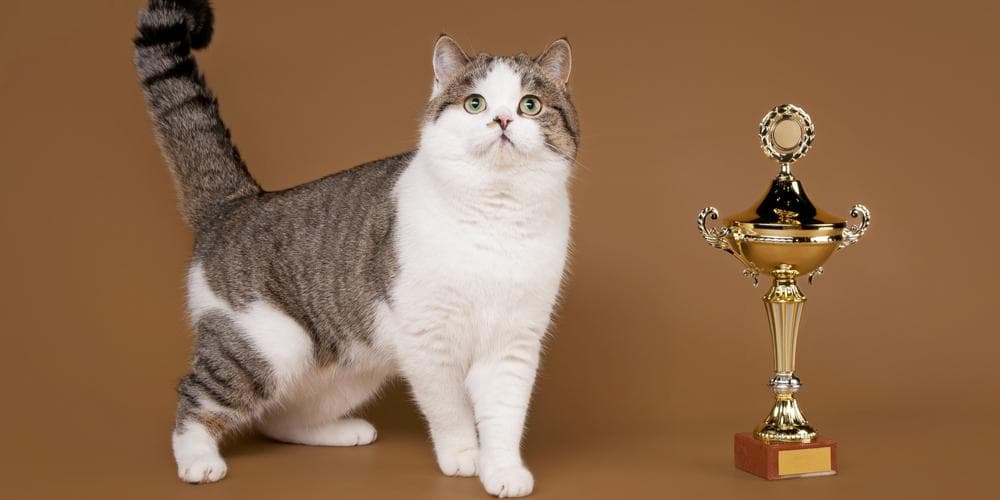 These are just some of the most awesome and coolest cats that are included in Guinness Book World of Record. I hope you enjoyed our list as much as I did.

Time to check your cat. Perhaps, he has something to offer this world that would catapult him to become a famous record holder.