5 Signs Your Dog Suffers From Anxiety 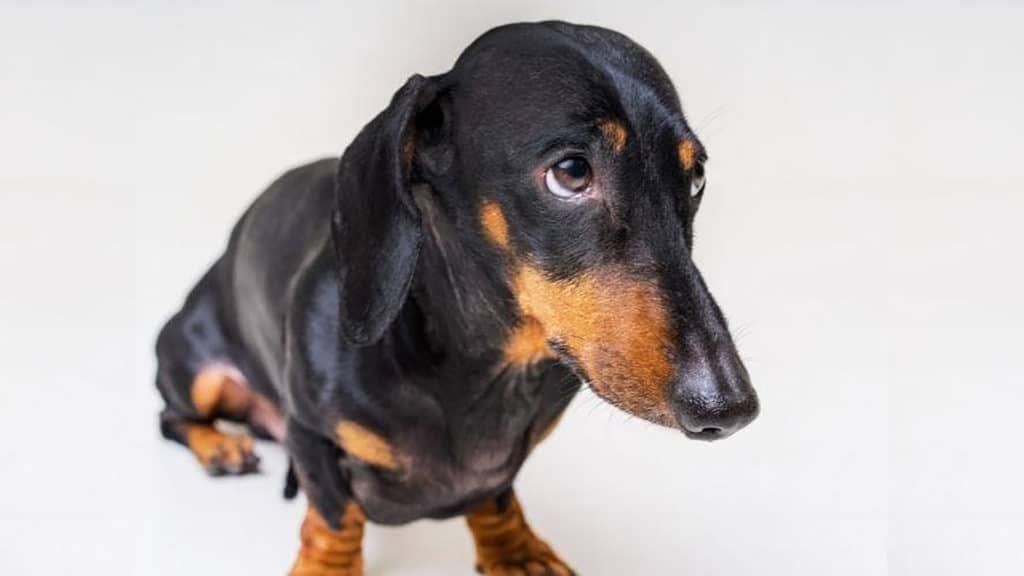 Yes! Dogs Can Suffer From A Mental Health Illness!

You may have seen online or on television stories of military dogs coming home with PTSD, triggered by loud noises that remind them of bombs or gunshots. Although it is a form of mental illness in dogs, military dogs aren’t the only ones potentially affected. Anxiety can come from countless different reasons; your pup may have taken a fall as a youngster and is now afraid of heights ; he may have almost gotten run over and is now terrified when he sees traffic on the street.

Just like humans, dogs are not immune to mental illnesses, from PTSD to anxiety, dogs can suffer very similar symptoms as humans. As a dog owner, always be on the lookout for these signs as they can come at any moment, from triggers you might not even know exist.

Solutions and options can then be found to assist your dog in navigating his anxious tendencies.

This is one of the clearest visual signs that you can look for in your dog. It could be a result of:

Shivering can come from being scared, but it can also come from being too excited. Don’t be fooled, excitement is a form of anxiety and should be treated if symptoms persist. Obviously, we all prefer to have a happy dog! But having a dog that doesn’t know how to control his excitement and might put himself and others in potential danger is something that he may require help control. 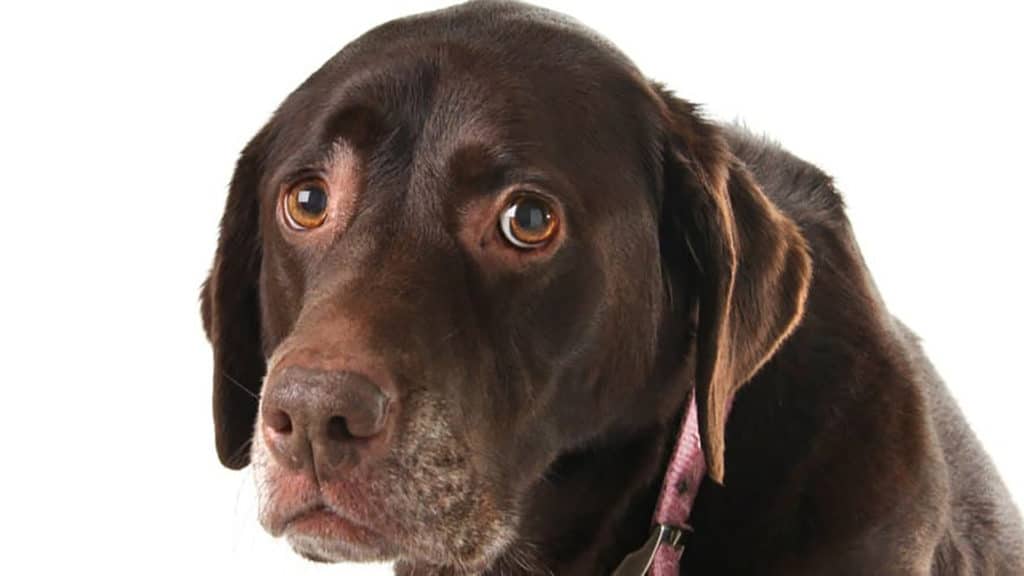 When you think about self-harm, it is difficult to imagine a dog taking a blade and cutting themselves, but self-harm in dogs shows in different ways and can be just as dangerous, especially since those actions are most of the time done unconsciously. Actions of self-harm in dogs can include:

These actions typically result in:

Scratching, biting or licking are normal behaviors for any dog, what is abnormal is the frequency at which they exhibit these behaviors. If you notice your dog exhibiting these behaviors at a rate that endangers their skin, their body, it is time to act on it. 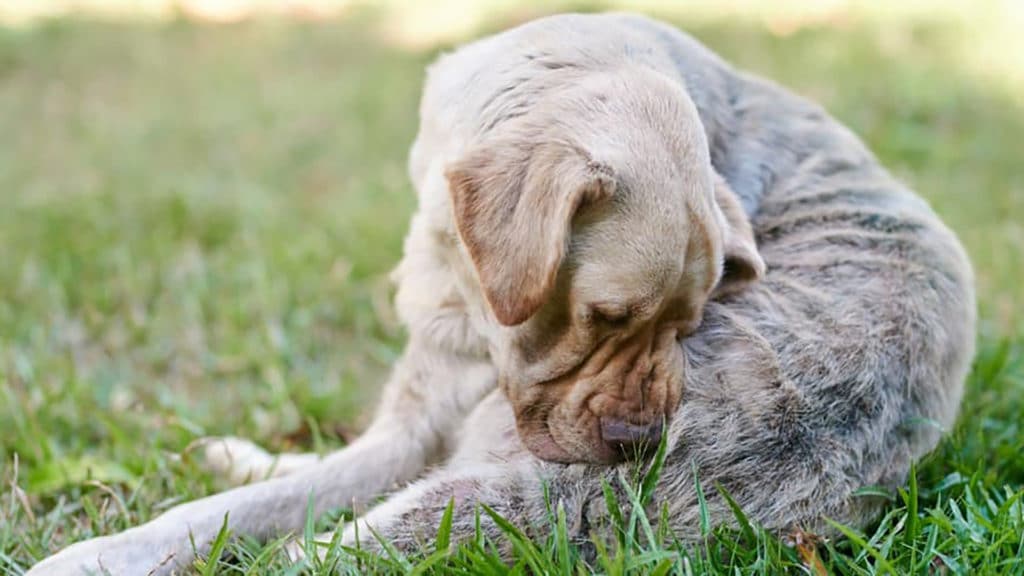 To be fair, sudden loud noises usually catch everyone off guard and will make you jump out of your socks for a second, but this is still something you should seriously consider when diagnosing your dog. It’s not a matter of the initial reaction of the noise, but how they react afterward:

It is reasonable to predict your dog getting spooked for a second or two following the sound of nearby fireworks, or if you pop a balloon in front of them. Afterall, wouldn’t you?  What is important to keep an eye out for is the behaviors that come out of these sudden noises.

If your dog starts exhibiting signs of shivering, whining or even self-harm long after the noise has past and they don’t seem to be able to overcome that fear, they might be suffering from anxiety behavior, and it is vital to find out which triggers cause this manic behavior and how they can overcome it.

Furthermore, perceive how your dog responds for the remainder of the day. In the event that it changes their mind-set for a more drawn out timeframe, then you need to consider different steps to take to help assist your pet feel safer in their home/environment. 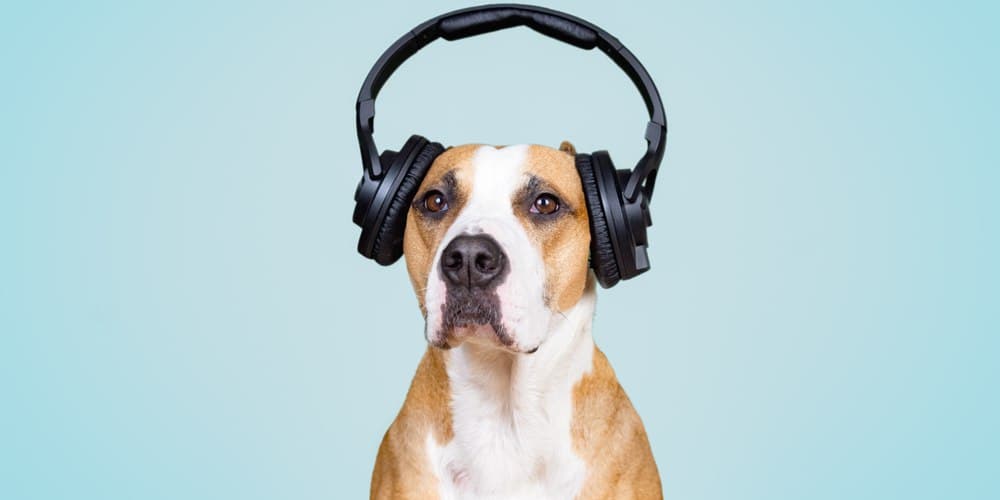 It’s also important to identify more subtle symptoms. Just like humans, dogs demonstrate different indicators that point to a poor wellbeing. Some dogs can suffer from massive anxiety but only show it in a subtle manner. If you find that your dog doesn’t like looking at you in the eye, or will do anything to avoid eye contact, then your dog is most likely suffering from anxiety. If when you look at them, they tend to:

Then you can confirm that they are suffering from anxiety. Fortunately, this is an easier symptom to test, but as a dog owner, it is imperative to pay attention in order to notice these symptoms and start thinking of them.

Rescued dogs coming from bad environments can exhibit this behavior of “fear towards all humans like the humans that hurt him beforehand”, and with a lot of love, affection, calm and time, they will overcome it.

However, if they suddenly start to avoid eye contact without any probable cause (for example, if your pup tore down the couch and you confront them, they might look away, but this is a temporary reaction. In anxiety, we are looking for a much longer, much less obvious cause), then it is important to follow up with it and discover what might be causing the reaction.

If you notice that your dog is howling/whining on a consistent basis in reaction to just about anything and everything, then they are giving you a clear proof that something is wrong. Howling/whining can be a reaction to:

Those are clear verbal indications that your dog has anxiety. There are dogs that have been known to howl/whine in a lower decibel. So quiet, that the only way you would be able to hear them whining is by being right next to them or in the same room. This still count as a demonstration of anxiety. It could even be when they are laying down in a calm environment, and they let out an array of quiet whimpers. 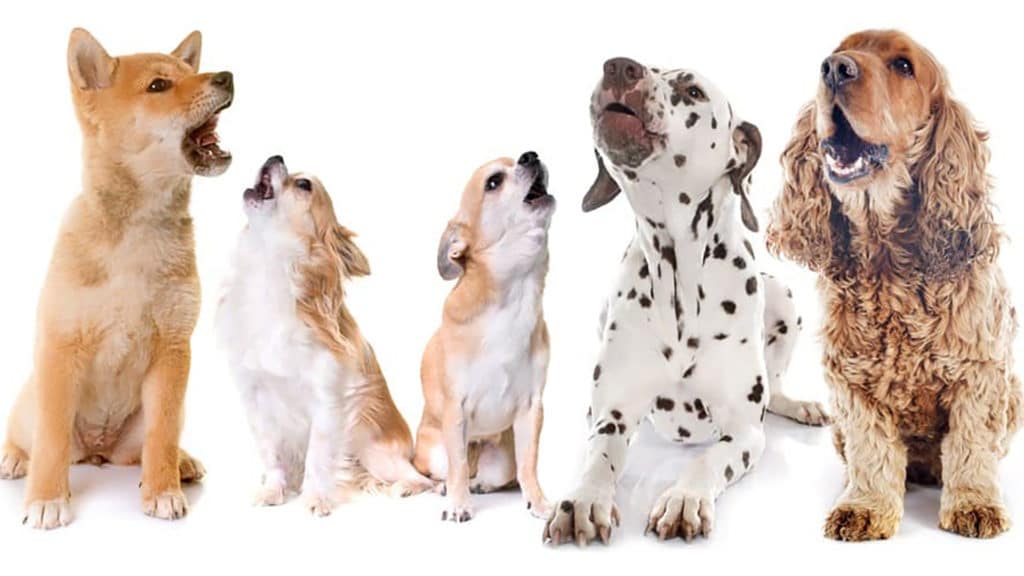 The twist that comes with anxiety is that it can be triggered by anything, or arrive out of nowhere. It is important to look out for these symptoms and signs and to treat the subtle symptoms as seriously as the more prominent ones. Dog owners have noticed that an effective way to treat these symptoms of anxiety is by introducing a Cozy Calming Bed. It is designed for comfort and mimics the warmth of a mother’s fur coat, helping towards reducing anxiety and stress. Your dog will revert to it:

Ensuring a happier and healthier lifestyle is crucial to help maintain a superior mental state. It is definitely a trend amongst dog owners and should be fundamentally considered when assisting your dog’s needs.

Bonus point? The Cozy Calming Bed comes in different colors and will be a seamless addition to any interior! It is also entirely machine washable, so if your anxious puppy has an accident, you can simply throw the bed in the wash and focus on what caused him to react and work with him to find a way to overcome his anxiety. 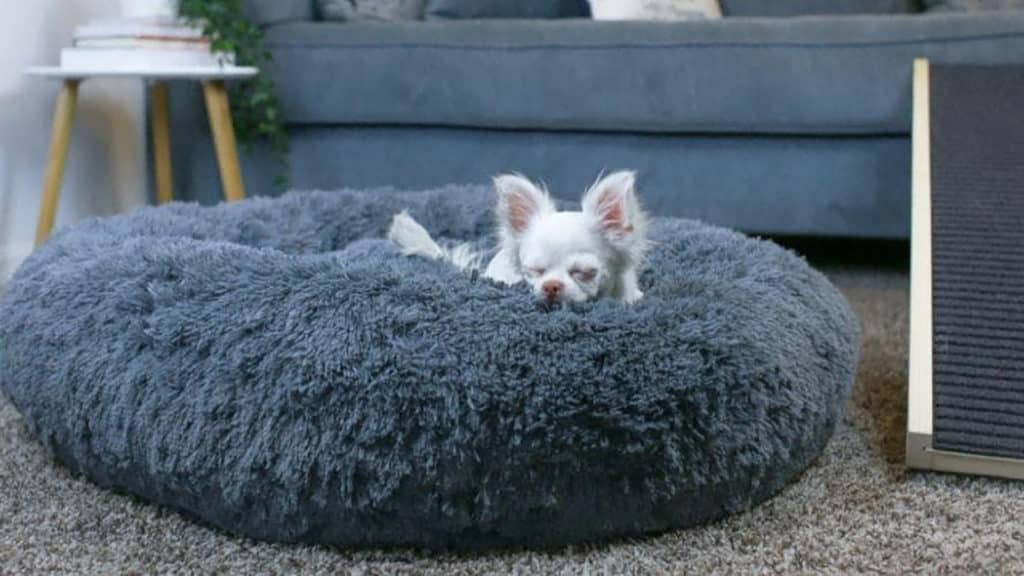